Apple's AR glasses may be closer than we think

We had strong indications that Apple was investing in new screen technology, but now we have a better idea what it's going to be used for. A report suggests that Apple's microLED tech -- a new type of display that's similar to OLED screens but is brighter and consumes less energy -- won't just be something for Apple Watches and iPhones. The next-gen screen technology will also serve as the display for a new kind of product: Apple-made augmented-reality glasses, at least according to a report from DigiTimes. Apple has chosen Taiwan Semiconductor Manufacturing Company (TSMC) as its manufacturing partner for the displays, the report says. Interestingly, it also says Apple will make both small and large versions of the displays, the smaller ones for the Apple Watch and AR glasses, and the larger ones for some unnamed product "much larger" than MacBooks.

The buzz around Apple Smart Glasses is getting stronger, with the newest development being Apple's acquisition of Vrvana, a crowd-funded startup which has made a camera-based AR and VR headset, as per a TechCrunch report published Tuesday.

Apple is working on wearable digital glasses that would connect wirelessly to the iPhone and show content in the wearer's field of vision, according to a news report. The iPhone maker has indicated previously its interest in augmented reality. "We are high on AR for the long run. We think there are great things for customers and a great commercial opportunity," Apple CEO Tim Cook said in an earnings call in July, talking about the need for Apple's devices to work with other developers' products, such as the successful Pokémon Go game. The company has also hired VR and AR experts and made some acquisitions that could help it meet its AR goals.

The Apple Watch is only a few years old, but it's already the best-sold smartwatch in the world, as more and more people appreciate the many features built into a computer that sits on their wrists. The device is still mainly an iPhone accessory, although you can also use it as a standalone product for various features, including plenty of health and fitness activities. In just two years, if you believe the rumors, Apple is going to unveil a brand new iPhone-related accessory that might grow into a standalone product that won't need a permanent connection to the smartphone. Detailed in previous reports in the past few months, the Apple augmented reality (AR) glasses, which we'll call Apple Glasses for the time being, are expected to launch in 2020 at the earliest. The rumor comes from a well-known Apple insider who made several accurate predictions about Apple products and plans, with the iPhone taking a central role in his coverage.

Will Apple deliver AR glasses in 2017? 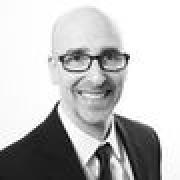 Apple CEO Tim Cook repeatedly expressed his strong interest in the technology over the more isolating virtual reality over the last 12 months. Apple acquired an AR company over a year ago. And 2017 promises to be a very big year for the iPhone. Why wouldn't Apple bring its own brand of mixed reality to its flagship product? Scoble is a tech industry expert and veteran who knows everyone and, as of late, has been nestled deep in the world of virtual reality.