Clare Hollingworth was the war correspondent who broke the news that German troops were poised to invade Poland at the start of World War Two. She went on to report on conflicts across the world but it was that moment that defined her career. She was by no means the first female war reporter, but her depth of technical, tactical and strategic insight set her apart. And, even as she approached her 11th decade, she still kept her passport by her bed in case she should be called to another assignment. Clare Hollingworth was born in Leicester on 10 October 1911 and spent most of her childhood on a farm.

Fields Medal Is Stolen Minutes After It's Given in Brazil

Dr. Birkar is Cambridge University's 11th Fields medalist. "This is absolutely phenomenal, both for Caucher and for mathematics at Cambridge," said Professor Gabriel Paternain, head of the university's department of pure mathematics and mathematical statistics. "Caucher was already an exceptional young researcher when he came to Cambridge, and he's now one of the most remarkable people in this field." The other three winners of the 2018 Fields Medal are Alessio Figalli, of the Swiss Federal Institute of Technology in Zurich; Peter Scholze from the University of Bonn; and Akshay Venkatesh, of the Institute for Advanced Study in Princeton and Stanford University in California. In addition to the medal, each receives an $11,500 cash prize.

BEIRUT – A British woman fighting alongside Kurdish forces in the Syrian region of Afrin was killed in the Turkish-led offensive on the area, a spokeswoman for the forces said Monday. Anna Campbell was killed last week in the Afrin enclave, said Nisrin Abdallah, a spokeswoman for the Kurdish Women's Protection Units (YPJ). "She died on March 15, 2018, in Turkish shelling" on front lines around Afrin city, Abdallah told AFP, adding that Campbell was 27 at the time of her death. She is thought to be the first British woman killed fighting alongside the Kurdish militia in Syria. "We learned of her death yesterday and communicated with her parents," Abdallah said, confirming that Campbell was from Lewes in East Sussex.

Hanna Mina, Syrian Novelist Who Chronicled the Poor, Dies at 94

"He was born at a time of great social and political change," said Cathia Jenainati, a professor at the University of Warwick in Coventry, England, who has studied Mr. Mina's work. "And he spent his whole life writing about ways in which social justice can be achieved in Syria." Mr. Mina was born on March 9, 1924, in the Syrian coastal area of Latakia, and later lived in what is now southern Turkey as a young child, according to published accounts. The family moved back to Latakia when Turkey took over that area. Mr. Mina worked many jobs as a young man.

British scholar Ronald Dore, known for his studies about Japan, dies at age 93 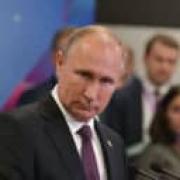