Why Uber and Google Went to War Over Almost Nothing

Two tech heavyweights gathered in a San Francisco courtroom last week for what was supposed to be a truly epic battle. Waymo, the self-driving car project of Google parent company Alphabet, had initially sued Uber over the alleged theft of more than 100 trade secrets. According to Waymo, the deed went down when one of its star engineers, Anthony Levandowski, quit and founded an autonomous truck company called Otto, which was acqui-hired by Uber, which like Alphabet wants to be first to market with a self-driving car. At the time, Uber was steered by Travis Kalanick, who last year was forced to step down from the $70 billion ride-hail startup following a series of embarrassing revelations about his leadership style and the sexist, alienating workplace culture that metastasized during his tenure.

Google is working with Fiat Chrysler to develop 100 self-driving 2017 Chrysler Pacifica Hybrid minivans, the first time Google has ever partnered directly with an automaker to build a dedicated self-driving car. Google today announced that it is expanding its growing fleet of self-driving test vehicles by adding 100 new minivans. That's big news in-and-of itself, but the bigger deal here is that these 100 new cars will be purpose-built Chrysler minivans -- not modified vehicles as the previous Google self-driving cars were-- marking the first time Google is partnering directly with an auto company to create its futuristic, computer-driven cars. Google says that it currently has modified Lexus SUVs and its own cute if dorky steering wheel-free prototype vehicle in its driverless fleet. We're planning to more than double our fleet with the initial addition of about 100 new 2017 Chrysler Pacifica Hybrid minivans, and we hope the first few will be on the road by the end of this year. 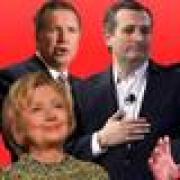 Google is bringing its self-driving vehicles to Phoenix to see how the SUVs perform in Arizona's sweltering summer. Four of Google's self-driving vehicles are being driven around Phoenix this week, mapping portions of the metro area ahead of letting the cars loose. Google officials say they will begin having the cars drive in Chandler. "I'm honored that Google selected Chandler as the first city in Arizona to continue testing its self-driving cars project," said Chandler Mayor Jay Tibshraeny in a statement. "Google is a perfect fit; adding to our growing list of technology companies doing business in Chandler.

Google spinoff Waymo has built its own self-driving sensors

Google's autonomous driving spinoff, Waymo, has developed sensors that pair with its self-driving software, potentially opening the door for the company to sell a comprehensive system that automakers build into future car models. Google initially built its self-driving software on a prototype car outfitted with sensors, cameras and other hardware from outside suppliers. But to build a more affordable and sophisticated system capable of fully autonomous driving, the company decided it needed to create both halves of the technology, executives said. The announcement comes just weeks after Japanese automaker Honda said it would incorporate Waymo's technology into some of its vehicles. The companies said that deal was centered on research rather than producing vehicles for market, Bloomberg News reported.

Take note from Google, the best April Fools' Day pranks from brands are ones that make fun of itself. In an obvious spoof of its self-driving cars, Google Netherlands launched a parody video on Friday highlighting its new product: self-driving bicycles. Although the clip is simultaneously poking fun at America's car culture, self-driving innovation and the Netherland's bike culture, it's not unconceivable and could easily be the norm one day.