The mystery of Star Wars and Tunisia's rundown Brutalist hotel

The Hotel du Lac has seen better days. Its distinctive shape, resembling an inverted pyramid or a bird in flight, has been making a statement on the Tunis skyline since the early 1970s. It stood once for the ambition and poise of Tunisia, a young nation emerging from colonial rule and stretching its wings. Today it stands abandoned, prey to the elements after years of neglect, its fate hanging in the balance. Demolition is a likely option.

Before This Brutal World ( 50) was an art book from Phaidon, it was a Twitter account. Its progenitor, an art director from London named Peter Chadwick, says he wanted to share the images with anyone who might be interested. It has since amassed tens of thousands of followers, and jump started a sort of digital preservation society committed to liking, retweeting, and sharing photos of a style of architecture that, for parts of history, was despised. Brutalism gets its name from the French term béton brut, which means "raw concrete." The style came out of the modernist architecture movement, and took off in the 1950s, during the post-war construction boom.

The Victoria & Albert Museum is to display a three-storey section of an east London council estate as an example of Brutalist architecture. The section, which includes two flats, exterior facades and two interior staircases, has been acquired from Robin Hood Gardens in Poplar. Designed by renowned British architects Alison and Peter Smithson, the block is due to be demolished and redeveloped. The V&A has called it a "significant example of the Brutalist movement". Brutalism, a movement characterised by exposed concrete in geometric patterns, arose in the 1950s.

These Brutalist-inspired desserts are almost too elegant to eat

Some treats should really go into an art gallery instead of your mouth. 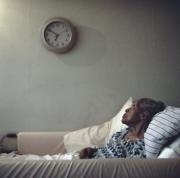 Trellick Tower, a Grade II-listed block of council flats, sits at the end of Golborne Road in London's Notting Hill. It was completed in 1972 by Hungarian-born architect Erno Goldfinger, the same year work commenced on the neighbouring Grenfell Tower. The Brutalist style which was used exposed concrete and was popular in the 60 and 70s, though has since fallen out of favour. However, unlike Grenfell, Trellick Tower's listed status protects it from regeneration projects. The tower remains predominantly occupied by council flat tenants.