Rose is a'yuppie' with an'unorthodox family'. While carrying out research for this piece at a startup workspace in London, I procrastinated by asking Rose to tell me the meaning of life. 'There is no meaning, life is just to be,' she responds. Nothing strange there, that would probably have been my response to such an exhausted question. But, there is a difference between Rose and I.

Automation is good for business. It means delegating manual, mundane administrative tasks that suck up valuable hours to software or machines, freeing up time for human employees to focus on more complex, challenging, and creative work. Its benefits are twofold–better working conditions and employee engagement, as well as improving the bottom line by cutting costs. Think of it as the modern-day equivalent of the cotton gin. Before the invention of the cotton gin, people had to separate the cotton from their seeds by hand manually.

Employees then will need to assume new or expanded tasks that require a higher level of judgement and creativity, while tasks that are repetitive and rules-based will be automated. These jobs were projected for the financial services industry across key sectors that included banking, capital markets, asset management, and insurance, and were part of a study released by the Ministry of Manpower. Conducted by Ernst & Young, the report was commissioned by the Institute of Banking and Finance Singapore (IBF) and Monetary Authority of Singapore (MAS) to assess how data analytics and automation would likely transform the local financial sector over the next three to five years. Country's government has introduced initiatives to train 12,000 people in artificial intelligence skillsets, including industry professionals and secondary school students. In conjunction with the release, the IBF and Workforce Singapore (WSG) also introduced a programme that encompassed structured training and attachment schemes with financial institutions to help professionals start a career in technology. 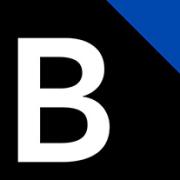 The robots are coming, and at least some lawmakers in Congress expect them to make a lot of jobs obsolete when they get here. "There are assembly lines where you already look out on a field of robots that can work 24-7, they don't need health insurance, they don't take vacations and they don't get sick," Sen. Dan Coats (R-Ind.) "I think it's coming faster than anybody realizes," he said of the shift to machine workers. Coats and other lawmakers are starting to think about "technological unemployment," or the replacement of workers with self-checkout aisles, driverless vehicles, medical robots and other automations. They have different ideas about how to prepare for the coming workforce overhaul, but most agree that it's going to take new thinking about how people are educated and trained.