DeepMind's 'Gato' is mediocre, so why did they build it? 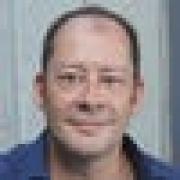 Tiernan Ray has been covering technology and business for 27 years. He was most recently technology editor for Barron's where he wrote daily market coverage for the Tech Trader blog and wrote the weekly print column of that name. DeepMind's "Gato" neural network excels at numerous tasks including controlling robotic arms that stack blocks, playing Atari 2600 games, and captioning images. The world is used to seeing headlines about the latest breakthrough by deep learning forms of artificial intelligence. The latest achievement of the DeepMind division of Google, however, might be summarized as, "One AI program that does a so-so job at a lot of things."

Since Google's artificial intelligence (AI) subsidiary DeepMind published a paper a few weeks ago describing a generalist agent they call Gato (which can perform various tasks using the same trained model) and claimed that artificial general intelligence (AGI) can be achieved just via sheer scaling, a heated debate has ensued within the AI community. While it may seem somewhat academic, the reality is that if AGI is just around the corner, our society--including our laws, regulations, and economic models--is not ready for it. Indeed, thanks to the same trained model, generalist agent Gato is capable of playing Atari, captioning images, chatting, or stacking blocks with a real robot arm. It can also decide, based on its context, whether to output text, join torques, button presses, or other tokens. As such, it does seem a much more versatile AI model than the popular GPT-3, DALL-E 2, PaLM, or Flamingo, which are becoming extremely good at very narrow specific tasks, such as natural language writing, language understanding, or creating images from descriptions.

The ultimate achievement to some in the AI industry is creating a system with artificial general intelligence (AGI), or the ability to understand and learn any task that a human can. Long relegated to the domain of science fiction, it's been suggested that AGI would bring about systems with the ability to reason, plan, learn, represent knowledge, and communicate in natural language. Not every expert is convinced that AGI is a realistic goal -- or even possible. Gato is what DeepMind describes as a "general-purpose" system, a system that can be taught to perform many different types of tasks. Researchers at DeepMind trained Gato to complete 604, to be exact, including captioning images, engaging in dialogue, stacking blocks with a real robot arm, and playing Atari games. Jack Hessel, a research scientist at the Allen Institute for AI, points out that a single AI system that can solve many tasks isn't new.

Artificial general intelligence (AGI) is back in the news thanks to the recent introduction of Gato from DeepMind. As much as anything, AGI invokes images of the Skynet (of Terminator lore) that was originally designed as threat analysis software for the military, but it quickly came to see humanity as the enemy. While fictional, this should give us pause, especially as militaries around the world are pursuing AI-based weapons. However, Gato does not appear to raise any of these concerns. The deep learning transformer model is described as a "generalist agent" and purports to perform 604 distinct and mostly mundane tasks with varying modalities, observations and action specifications.

What is machine learning? Everything you need to know ZDNet