Bayer is a global enterprise with core competencies in the Life Science fields of health care and agriculture.

Farewell, child actress Laura Parsons: Vanessa Bayer will exit Saturday Night Live after seven seasons with the show. Bayer joined the cast as a featured player in 2010 and was promoted to the repertory cast two years later. She is the longest-serving current female cast member on SNL, and, per Deadline, this year's season finale will mark the end of her contract. SEE ALSO: Melissa McCarthy's'SNL' monologue was the cutest moment in the show's history Bayer's announcement comes just two days after Bobby Moynihan announced his departure after nine seasons. Will Drunk Uncle and Bayer's Miley Cyrus celebrate together?

German pharmaceutical giant Bayer AG (BAYR) and Monsanto (MON) are close to agreeing to a deal that will create the world's largest seed company, the FOX Business Network has learned. Bankers with knowledge of the matter say barring a deal spoiler the merger could be announced in the next 24 to 48 hours. These bankers also tell FOX Business the deal is not complete and a hitch could delay the timing or upend the transaction. Earlier this month Monsanto disclosed that it had received an unsolicited, non-binding proposal from Bayer AG for a potential acquisition of Monsanto and that the company was reviewing the deal. A potential combo could be worth 44 billion and would give Bayer a sizable footprint in the genetically modified crop business, according to an earlier report in the Wall Street Journal.

Monsanto Co. President Brett Begemann uttered those words last week to a small group of investors and a Reuters reporter when asked how the world's largest seed company he helps lead might fit with German drugs and crop chemicals group Bayer AG. Those four words, said on the sidelines of a New York conference, set off a series of events leading to the disclosure of Bayer's confidential, 62 billion bid for Monsanto, the largest all-cash corporate takeover offer on record. Bayer had sent a confidential acquisition proposal to Monsanto on May 10. Media reports surfaced two days later that Bayer was considering a bid. Initially, neither company would comment on whether any talks were taking place - a common practice for many corporations that prefer to negotiate deals in private and only tell Wall Street if they manage to come to terms. 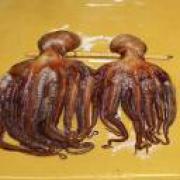 FRANKFURT, GERMANY – Bayer shares plunged as much as 14 percent on Monday, losing about $14 billion in value, after newly acquired Monsanto was ordered to pay $289 million in damages in the first of possibly thousands of U.S. lawsuits over alleged links between a weedkiller and cancer. After the verdict in favor of a California school groundskeeper with terminal cancer, Monsanto faces more than 5,000 similar lawsuits across the United States over claims it did not warn of the cancer risks of glyphosate-based weedkillers, including its Roundup brand. Monsanto, bought by Bayer this year for $63 billion, said that it would appeal against the jury's verdict in California, which is the latest episode in a long-running debate over claims that exposure to Roundup can cause cancer. The case by plaintiff Dewayne Johnson, filed in 2016, was fast-tracked for trial due to the severity of his non-Hodgkin's lymphoma, a cancer of the lymph system that he alleges was caused by Roundup and Ranger Pro, another Monsanto glyphosate herbicide. "The jury's verdict is at odds with the weight of scientific evidence, decades of real world experience and the conclusions of regulators around the world that all confirm glyphosate is safe and does not cause non-Hodgkin's lymphoma," Bayer said in a statement.