FAA: Sorry, it's illegal to weaponize a drone

File photo - An airplane flies over a drone during the Polar Bear Plunge on Coney Island in the Brooklyn borough of New York Jan. 1, 2015. If you're thinking about adding a flamethrower or gun to your drone for an epic end-of-summer blowout party, think again. The Federal Aviation Administration wants you to know that it's illegal to weaponize a drone. "Perhaps you've seen online photos and videos of drones with attached guns, bombs, fireworks, flamethrowers, and other dangerous items. Do not consider attaching any items such as these to a drone because operating a drone with such an item may result in significant harm to a person and to your bank account," the FAA said in a warning last week.

When you register a drone with the FAA, you'll get a government-issued ID number you can put as a note inside the battery compartment or any other internal part of the machine. In the future, though, you may have to make sure that number is perfectly visible -- sort of a like small license plate for your UAV. Bloomberg has discovered a proposed rule filed earlier this month that would "require small unmanned aircraft owners to display the unique identifier assigned by the FAA upon completion of the registration process on an external surface of the aircraft." If it becomes an official rule, you'd no longer be allowed to keep that number hidden. As Bloomberg noted, visible registration numbers would allow regulators to keep a closer eye on personal drones.

Researchers, regulators prepare for drones to fill US skies

From crop dusting to package delivery, commercial drones are about to become a part of everyday life. "Just in the last 18 months, we've registered twice as many unmanned aircraft (as) we registered all aircraft from the previous 100 years," said Earl Lawrence, director of the Federal Aviation Administration's Unmanned Aircraft Systems Integration Office. To safely integrate the vast numbers of new unmanned aircraft systems (UAS) into the nation's airspace, the FAA is relying on a group of 23 research institutions led by Mississippi State University. The Alliance for System Safety of UAS through Research Excellence (ASSURE) is conducting in-depth studies on virtually every aspect of drone operations, including air traffic control, pilot certification and crash avoidance. "What happens when a drone hits a wing or a windshield or any other part of the aircraft is (one) of our key questions," Lawrence said.

Flight departures from Dubai International, which handled around 90 million passengers last year, were suspended between 10:13 a.m. and 10:45 a.m. The incident, a Dubai official said, was caused by "a guy in the desert" operating a drone. It wasn't immediately clear if the person was apprehended. Although operating a drone without a license is illegal, individuals often fly their drones in the open space of the desert, in part to take pictures in the often scenic setting. The suspension came only weeks after U.S. regulators halted flights at Newark Liberty International Airport after a drone was spotted near another New Jersey airport.

Regulators To Ease Restrictions On Drones, Clearing The Way For More Commercial Uses 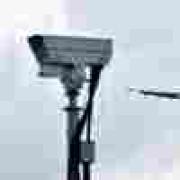