Catalonia crisis encourages separatists, but could it fracture Europe? 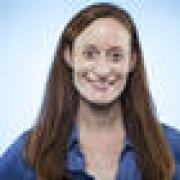 Across Europe, separatists have eagerly watched Catalan activists declare their independence in a crisis that threatens to fracture not just Spain, but the European Union. The decision by the parliament in Catalonia to declare independence last week has galvanized independence movements in other European countries. It followed an Oct. 1 independence referendum that was supported by a majority of voters but ruled illegal by the Spanish government. Europe has seen an upsurge in nationalism in recent years. It has taken the form of a conservative backlash against an influx of immigrants from Africa and the Middle East, but also appears as a mostly leftist movement for more local rule in places such as Catalonia, Scotland, the Flanders region of Belgium, the Corsica region of France and parts of northern Italy.

MADRID – Spanish riot police attacked peaceful protesters in Catalonia on Sunday to try to disrupt a banned independence vote, injuring hundreds as Spain's constitutional crisis deepened. While many Catalans have long stressed the region's differences from the rest of Spain, the latest surge for independence began in 2010, when Spain's Constitutional Court struck down key parts of a groundbreaking charter that would have granted Catalonia greater autonomy and recognized it as a nation within Spain. While the vast majority of Catalans favored holding a referendum, they have long been almost evenly split over independence. In recent months, especially with the national and regional economies thriving again, polls indicated support for secession was on the wane, although it would still be a close call.

The case against Catalan secession

The President of the Catalan government, Carles Puigdemont, has announced his intention to hold a referendum on Catalan independence on October 1. The Spanish Constitutional Court made it clear that Catalonia does not have the power to call such a referendum, as the question of sovereignty lies with the Spanish people as a whole. Yet Catalan nationalists seem determined once again to disobey the Constitutional Court, as they did on November 9, 2014. The Spanish constitution is not exceptional in guaranteeing national sovereignty and territorial integrity of its borders, and is, in fact, in line with other Western democratic nations such as the United States, France, Italy and Germany. In a recent ruling on the hypothetical secession of Bavaria, for example, the German Constitutional Court indicated that the federal states are not sovereign but fall within the Federal Republic of Germany where questions of national sovereignty lie with all German people.

Why Catalonia should be given a say on its future

In Spain, the same slogan is repeated over and over again: "The independence of Catalonia is impossible". It's absurd to hear such unappealable judgment in the 21st century. If there is one thing we should have learned from politics this century, it is that everything once considered "impossible" could become "unlikely", and what used to be "unlikely" may end up happening. Before 2014, no one could have imagined that the Scottish people would get an opportunity to decide on their own future.

The drive for Catalan independence has been boosted by the separatists' triumph in a snap regional election.