India successfully launched its first-ever lunar lander as part of its Chandrayaan-2 mission early Monday morning local time after a "technical glitch" caused the launch to be delayed last week. The lander will take roughly a month to reach the Moon's orbit, and a few weeks more to land on the surface. "It is the beginning of a historical journey of India towards the Moon and to land at a place near the south pole," Kailasavadivoo Sivan, chairman of the Indian Space Research Organization (ISRO), said during a speech after today's launch, as quoted by The Verge. "To carry out scientific experiments; to explore the unexplored." If all goes well, the 1.4-ton lander, dubbed Vikram, could be India's first object to softly land on the surface of our closest heavenly neighbor.

NASA has found the remnants of India's Vikram moon lander

A lost moon lander has been found. After it crashed down in an attempted landing in September, the location of the debris of India's Vikrim spacecraft wasn't immediately obvious. Now, NASA has pinpointed the debris field with the help of a tip from a member of the public, after the team at the Lunar Reconnaissance Orbiter (LRO) made images of the area available online. "Shanmuga Subramanian contacted the LRO project with a positive identification of debris," said a statement released on 2 December. The first set of images from September were poorly lit, so the debris wasn't easy to identify.

PARIS – Mars, the fourth planet from the sun, has become a veritable graveyard for landers and rovers dispatched to its surface from Earth. Only the United States has successfully operated rovers on the red planet -- four in all -- and has lost only one stationary lander. The former Soviet Union had chalked up repeated failures, while Russia's first attempt at a rover will be a joint mission along with Europe dubbed ExoMars. If data show that Europe's Schiaparelli lander crashed into the red planet on Wednesday, it will be the second failed attempt for Europe in 13 years. Overall, almost half of all attempts to land on Mars since the 1960s have ended in disappointment. 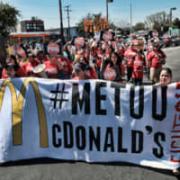 WASHINGTON – U.S. billionaire Jeff Bezos said on Tuesday his space company Blue Origin has signed agreements with Lockheed Martin Corp., Northrop Grumman Corp. and research and development organization Draper for development of its lunar lander designed to help NASA put humans on the moon by 2024. Blue Origin's so-called Blue Moon lunar lander, unveiled by Bezos in May, is in development and sits at the center of the space company's ambition to ferry humans into deep space and land key contracts from the U.S. space agency for space exploration. "I'm excited to announce that we put together a national team to go back to the moon," Bezos, founder and CEO of online retail giant Amazon, said at the International Astronautical Congress. The four companies, with Blue Origin as the lead contractor, plan to submit a proposal for the lander to NASA under its Artemis lunar program, an accelerated mission to the moon kick-started in March by U.S. Vice President Mike Pence. Bezos called the partnerships a "national team" whose history in space exploration fits the Blue Moon's mission.

Some of the biggest players in the space industry are joining forces to build a moon lander. Blue Origin, Jeff Bezos' space flight company, has announced some high-powered partners that will help build its Blue Moon lunar lander, which was unveiled in May this year. Blue Origin had been working quietly on its lander for three years, but plans to reach the moon accelerated in March when US vice president Mike Pence announced the directive for NASA to launch crewed missions in 2024. Because of the time crunch, Blue Origin needs some help. The company will still be building the lander itself, but on 22 October it announced three partners for other parts of the mission.