January 15, 2017 --Four months after one of its rockets exploded on the launchpad, SpaceX finally conducted a successful launch on Saturday. The Falcon 9 rocket carried a payload of 10 satellites into orbit for the communications company Iridium. Shortly after the launch, the first stage landed back on Earth for later re-use, in a successful completion of the mission's secondary goal. The return to flight has been a relatively fast one for SpaceX, but the stakes were high in the lead-up to the launch – even higher than the cost of the $3-billion satellite constellation the company is sending into orbit for Iridium. A picture-perfect launch was needed to help alleviate safety concerns that have beset the company since their last rocket exploded, especially since SpaceX is expected to send astronauts into space for NASA next year. 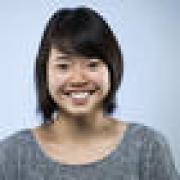 A major NASA safety advisory group urged the agency to scrutinize SpaceX's rocket fueling process ahead of future launches of astronauts to the International Space Station. The Aerospace Safety Advisory Panel brought up concerns about the Hawthorne space company's unconventional fueling operations in its 2016 annual report, released Wednesday. Described in the report as the "load and go" approach, SpaceX plans to have the astronauts board the Crew Dragon spacecraft before final fueling of the rocket. SpaceX uses super-chilled liquid oxygen to maximize the amount that can fit in the tank and increase power at liftoff to hoist heavy loads. But the extremely cold temperature means that the liquid oxygen needs to be loaded right before launch.

Why NASA is concerned about SpaceX's fueling process

NASA first raised questions about SpaceX's unusual fueling procedures months before the company's catastrophic Sept. 1 launchpad explosion. On Monday, a NASA advisory committee issued stronger warnings regarding the way SpaceX intends to fuel rockets that will eventually carry humans. The commercial spaceflight company plans eventually to ferry astronauts between Earth and the International Space Station on its Crew Dragon spacecraft. Yet, unlike other companies, SpaceX plans to fuel its spacecraft while humans are aboard. "I'm not aware that in any other U.S. human spaceflight launch, the booster is fueled after the crew is aboard," said John Logsdon, professor emeritus of the Space Policy Institute at George Washington University told The Los Angeles Times.

SpaceX plans to launch a rocket every two to three weeks. Impossible?

February 7, 2017 --SpaceX has another ambitious goal: launch a rocket every two to three weeks. Space Exploration Technologies Corp. President Gwynne Shotwell told Reuters on Monday that the company plans to follow this ambitious schedule once a new launch pad is put into service in Florida next week. Its old launch pad at Cape Canaveral Air Force Station, also in Florida, was damaged in September when SpaceX's Falcon 9 rocket burst into flames during a routine preflight test, a mishap that prompted NASA and the US Air Force to raise concerns about the company's unconventional fueling procedures. The resumption of its testing program will not only put a backlogged SpaceX back on schedule. Launching a rocket every two to three weeks will also bring SpaceX closer to its goal of dramatically reducing the cost of space travel.

New details have emerged about warnings issued by a National Aeronautics and Space Administration advisory panel regarding potential fueling hazards on SpaceX's future manned rockets. The panel's safety concerns, which were reported on earlier by The Wall Street Journal, focus on possible dangers stemming from plans by entrepreneur Elon Musk's Space Exploration Technologies Corp. to fuel rockets while astronauts are strapped into capsules loaded on board. The supercooled fuel used by SpaceX's rockets to provide greater thrust requires launches to occur roughly within half an hour of the start of fueling, which wouldn't give crews enough time to get into position before liftoff. No other large manned rocket developed over the years by any country, or in operation today, relies on fueling operations with astronauts already in place, according to veteran U.S. and European industry officials. On Friday, NASA released a Dec. 9, 2015, letter in which the agency's International Space Station Advisory Committee initially raised the issue and requested detailed answers from senior agency officials.