As of this afternoon, select residents of Christiansburg, Virginia can tap drones operated by Google parent company Alphabet's Wing for quick and easy deliveries of packages, over-the-counter medications, snacks, and gifts. The company today revealed that it's become the first to operate a commercial air delivery service directly to homes in the U.S., with the launch of a previously announced pilot involving FedEx Express, Walgreens, and local Virginia retailer Sugar Magnolia. From Walgreens, the first retail pharmacy to partner with Wing in the U.S., drone fleets will ferry over-the-counter medicines and other wellness items to folks' homes. And on the FedEx Express side, recipients living within designated Christiansburg zones who opt in will receive some shipments via drone, in customized boxes. Most orders within the four-mile radius of Wing's distribution facility are fulfilled within about 10 minutes, according to the company. 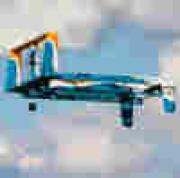 Why your pizza may never be delivered by drone

For years tech companies such as Amazon, Alphabet and Uber have promised us delivery drones bringing goods to our doorsteps in a matter of minutes. So why are they taking so long to arrive? If our skies are to become as crowded as our streets, airspace rules need updating to prevent accidents, terrorist attacks, and related problems, such as noise pollution. But that's easier said than done. According to a recent study by Nasa, the noise made by road traffic was "systematically judged to be less annoying" than the high-pitched buzzing made by drones.

There are more than 1 million drones registered in the U.S.

Sending packages by airplane is nothing new, but the task could soon be taken over by drones. DHL recently completed of a three-month-long test of its automated drone delivery system, the Parcelcopter. It works with a combination helipad and mailbox dubbed Skyport, which can automatically load and unload the drone's payload when it lands and store it in one of the station's lockers. Testing took place between January and March of 2016 in Bavaria, Germany. The idea was to see if the drone could be used to deliver packages to areas that are remote and where standard delivery takes a long time.