Ban on drones over Pennsylvania lands gets preliminary OK 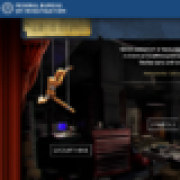 The Pennsylvania Game Commission has given preliminary approval to banning drones over 1.5 million acres of state game lands after reports of the unmanned craft near bald eagles' nests and drones interfering with migrating waterfowl. The commission's unanimous decision Tuesday is scheduled for consideration for a final vote in July. Officials cited at least five instances in which drones disturbed wildlife during this year's snow goose migration season in the Middle Creek Wildlife Management Area. Drones have also been reported close to bald eagles' nests. Game officials say they presume the drones are being used to take pictures or video, but the devices can spook migrating birds and disrupt their rest and feeding.

Eagles are waging war against drones, knocking them out of the sky

While we all look forward to the prospect of pizza being delivered by drones, not everyone is loving the flying gadgets. Birds of prey don't particularly like them. In short, they're destroying them, and it's forcing Steven to get inventive. The UAVs have assisted Steven in creating 3D models of mined areas, as well as helping workers avoid extreme weather conditions on surveys. But the pesky eagles have been taking down their drone-y mortal enemies, because they're seen as a threat.

The newest additions to the Dutch National Police (DNP) are North American "immigrants": bald eagles that are specially trained to take down airborne drones. The initiative is a first for law enforcement, according to DNP officials. They announced in a statement, released Sept. 13, that the DNP is currently the only police force in the world to include raptors on its roster for drone defense. For the past year, the DNP has tested eagles' prowess against flying drones, collaborating with a private company called Guard from Above that trains raptors to snatch drones out of the sky. The tests were so successful, the DNP reported, that the police force recently purchased juvenile bald eagles that it plans to train.

CHRISTOPHER BOOKER: Police in the Netherlands are taking a unique approach toward unwanted, and potentially unsafe, drones. They're the first in the world to use birds to hunt and catch drones that are being used illegally. These eagles are trained to see the drones as prey. Using their hunting instinct, they intercept the device mid-air and carry it to a safe landing place. They're rewarded with a piece of meat after each successful capture.

These Drone-Hunting Eagles Aren't Messing Around

When it comes to defending against pesky drones, the French military has gone to the birds. These drone-hunting birds of prey are being trained at a French Air Force base in Southwestern France. They're literally born on top of drones, and kept there during early stages of feeding. When they're ready to fly, they're brought to a field to intercept drones. In turn, they're rewarded with meat.