Japanese Companies Go High-Tech in the Battle Against Food Waste 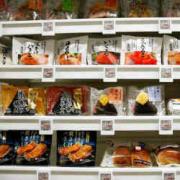 Docomo experiment to take bite out of food waste woes

NTT Docomo Inc., the nation's largest mobile carrier, will be the latest organization to take a bite out of food loss and waste, a global issue that amounts to hundreds of billions of dollars annually. 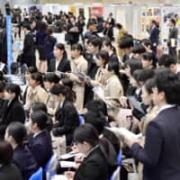 Seven-Eleven Japan Co. and Lawson Inc. said Friday they will start discounting rice balls and lunch boxes that are close to their expiration date in order to reduce food waste, a large issue in the country due to the 6 million tons of edible food discarded annually. The convenience store operators will offer customers enrolled in the chains' point programs shopping credits worth 5 percent of the value of purchases as an incentive for buying such products. They have been selling products at list price and had all but banned franchise store owners from offering discounts. The move by the companies to embrace discounts is also expected to benefit outlets struggling with rising payroll costs at a time of severe labor shortages, which is occurring against the backdrop of a rapidly graying population. At 7-Eleven stores, edible foods that have expired would normally go to waste, with 85 percent of the cost for disposal paid by the store operators, the Nikkei business daily said.

We Waste An Insane Amount Of Food. Here's What You Can Do About It.

There is something fundamentally wrong when around one-third of all food produced for human consumption is lost or wasted, yet more than 800 million people go to bed hungry each night. This is not an injustice that is limited to countries in the developing world. In America, up to 40 percent of food goes uneaten, while the United States Department of Agriculture estimates that 15.3 million children live in food insecure households. The consequences of food waste do not stop there: It annually generates 3.3 billion tons of greenhouse gases worldwide, according to the Food and Agriculture Organization, and uses more than a quarter of the world's available agricultural land, leading to the squandering of valuable fresh water and leaving a 750 million black hole in the global economy. The food we waste also risks exacerbating political tensions across the world.