Your eyes met across a crowded room – but was it really love at first sight? One in three people say they have experienced the phenomenon, however a study suggests it probably doesn't exist. 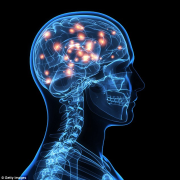 How scientists can make copies of memories,

Undoubtedly the most interesting conversation I had at SXSW was with Dr Ted Berger, who is working on a brain implant to make life better for people who have problems with long-term memory – and the science behind it is fascinating. Berger explained to me how people with conditions like epilepsy and alzheimers can suffer problems with their hippocampus, the part of the brain that turns short-term memories into longterm ones. Our biggest ever edition of TNW Conference is fast approaching! Essentially, our initial memories of an event are binary electrical codes that are filtered through the hippocampus to another part of the brain for longterm storage. What Berger, who was at SXSW as part of IEEE's Tech for Humanity series, is building is essentially a battery-powered prosthetic hippocampus.

Mystery of déjà vu explained – it's how we check our memories

Feel like you've read this before? Most of us have experienced the eerie familiarity of déjà vu, and now the first brain scans of this phenomenon have revealed why – it's a sign of our brain checking its memory. Déjà vu was thought to be caused by the brain making false memories, but research by Akira O'Connor and his team now suggests this is wrong. Exactly how déjà vu works has long been a mystery, partly because its fleeting and unpredictable nature makes it difficult to study. To get around this, O'Connor and his colleagues developed a way to trigger the sensation of déjà vu in the lab.

The likelihood of determining whether someone is sharing a real or false memory of a crime that has been implanted in a person's recollection is'no better than tossing a coin', a new study reveals. People listening to recounted events of a criminal act were only able to determine between the two with 53 percent accuracy, leaving experts to question how criminal proceedings are conducted. Even when participants in the experiment were told that some of the videos featured false memories, they were still unable to identify the real and fake stories correctly - they were also more likely to misinterpret a real memory as being fake. The researchers suggest the'questioning process should be evidence-based, to reduce the risk of implanting false memories in people being questioned by the police.' In 2015, Dr. Julia Shaw, a professor at the University College London, and her colleagues used suggestive tactics to persuade participants into believing they had committed a crime - and 70 percent of the subjects were found to develop false memories.