Adding large numbers of new next-generation destroyers will substantially change the Navy's ability to conduct major maritime warfare operations by enabling surface forces to detect enemy attacks at much farther distances, launch long-range strikes with greater precision and destructive force and disperse offensive forces across much wider swaths of ocean. The U.S. Navy has awarded deals for 10 new high-tech DDG 51 Flight III Destroyers and built in options to add even more ships and increase the "build rates" for construction of new warships - all as part of a massive strategic push to accelerate fleet growth and usher in a new era of warfighting technology for the Navy. Six of the new destroyers will be built by Huntington Ingalls Industries in a $5 billion deal, and four of them were awarded to General Dynamics Bath Iron Works for $3.9 billion, according to a Navy announcement. The acquisition is a multi-year procurement intended to reach from this year through 2022. "We also have options for an additional five DDG 51s to enable us to continue to accelerate delivery of the outstanding DDG 51 Flight III capabilities to our Naval force," James F. Geurts, assistant secretary of the Navy for research, development and acquisition, said in a written Navy statement. 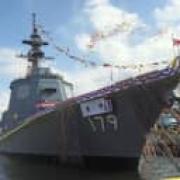 A South Korean destroyer locked its fire-control radar onto a Japanese patrol plane last week "multiple times," the Defense Ministry said Tuesday, in its latest rebuttal of Seoul's insistence that the lock-on was not intentional. "We have confirmed that it continued for a certain period of time and … multiple times," the ministry said in a statement. The ministry said the new assertion is based on its analysis of the frequency and intensity of radio waves emitted by the destroyer at that time in the Sea of Japan. "It is extremely regrettable that this kind of incident occurred and we will strongly urge South Korea to prevent a recurrence," the ministry said, adding that Japan is prepared to hold talks with South Korea as defense cooperation between them should not be damaged. The statement was released a day after Japanese and South Korean diplomats clashed over the issue at a director-general level meeting held in Seoul. 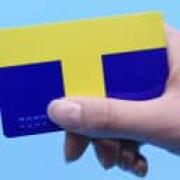 The Defense Ministry announced Monday it will terminate talks with its South Korean counterpart over the radar lock-on dispute, while revealing what it claims are sounds, converted from radio waves, of the fire-control radar system of a South Korean destroyer. The 18-second sound file, if genuine, was said to show that continuous, intense radar waves were directed at the P-1 anti-submarine patrol airplane operated by Japan's Maritime Self-Defense Force on Dec. 20 in the Sea of Japan. The wave patterns were totally different from surface search radar waves that Seoul claimed were being used by the South Korean Navy's Gwanggaeto destroyer, Japanese defense officials said. "We believe a third party would be convinced that what we have said is true if they examine the sounds, a video footage and other materials in a comprehensive way," said a senior Defense Ministry official who briefed reporters at the ministry, referring in particular to 13 minutes of video footage. The video footage also included the voice of the pilot of the MSDF P-1 aircraft, who the ministry said heard the same radar sounds while flying near the destroyer. 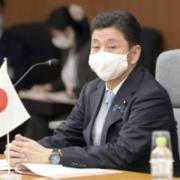 Japan is considering using a large ship as an alternative to the scrapped U.S.-made Aegis Ashore missile defense system as part of efforts to counter missile threats posed by North Korea, according to government sources. The sources said Saturday the Defense Ministry is mulling the use of a 9,000-ton ship on which to mount the new Aegis system and allocate wider living space for crew. If realized, it would be the largest Aegis-equipped vessel of the Maritime Self-Defense Force. The decision will be made around year-end after the ministry receives an interim report in mid-November from two private firms familiar with the issue. The government in June rolled back plans to deploy the land-based anti-missile system, saying the proposed deployment in the prefectures of Akita and Yamaguchi would put residents at risk of falling rocket boosters.