Innovation means creating something new and useful. Although we associate innovation with building new products, technologies, and solutions, the term applies equally to creating new systems or processes. Innovation in thought and practice enables teams to do more and better.

Artificial Intelligence (AI) jobs recruiting is accelerating rapidly with many more open jobs available than there are qualified candidates to fill them. This is particularly true for AI software engineers. This was confirmed during my recent appearance on CBS Radio affiliate WBBM News Radio 780 on Thursday, September 12, 2019. Please click here to listen to my segment in its entirety. The demand for software developers in all categories is literally skyrocketing as companies across many industries aim to become software driven.

BBC has launched a free podcasts app to keep up with rivals like Spotify and Apple. The new player offers the chance to stream live radio from any of the BBC stations, as well as personalised recommendations for new podcasts, and curated collections around certain topics or interests. It is part of an ongoing push by the organisation to reinvent itself for'a new generation', and follows a similar blueprint to rival apps from Silicon Valley technology companies, including Apple, Spotify and Google. BBC Sounds was announced in a blog post from the broadcaster today, with the app now rolling-out to the Apple App Store, Google Play Store and Amazon App Store. The all-new BBC Sounds app, which is only available to UK users for now, has a focus on personalised recommendations. 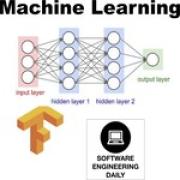 I listen to a lot of podcasts while running or in the car and a great deal of those are related to machine learning and artificial intelligence, each providing their own take on the subjects. Whether you are new or experienced, a practioner or just interested in real-world applications, there is probably a podcast that suites your needs and interests. In this blog post, I have listed the podcasts that I listen to on a regular basis, described what they are about and added my favorite episode. If you are new to machine learning and are looking for a podcast to pace you through its concepts, the "Machine Learning Guide" is a great place to get you started. Tackling all aspects of Machine Learning, it also provides tons of great resources for you to dive deeper on every topic.