The ceremony will honor the 9th and 10th Cavalry Regiments of the Buffalo Soldiers, who were assigned to West Point from the early 1900s until 1946. They supported riding instruction and mounted drills for cadets. 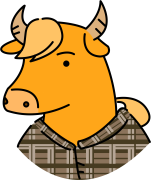 Buffalo is a fast and scalable production-ready open source project for recommender systems. The implementation is optimized for CPU and SSD. Even so, it shows good performance with GPU accelerator, too. Buffalo, developed by Kakao, has been reliably used in production for various Kakao services. This software is licensed under the Apache 2 license, quoted below.

NY Man Sentenced to 2 Years for Post About Killing Police

The U.S. Attorney's Office in Buffalo says 24-year-old Arthur Jordan's July 2016 post said: "Let's Start Killin Police Lets See How Dey Like It." About a week later, he was found to have a loaded gun while walking in Buffalo.