Netflix has mysteriously been removed from the American film industry's search engine for legal streaming sites. WhereToWatch, which was set up by the Motion Picture Association of America (MPAA) in 2014, lets users search a range of legal streaming services for their favourite TV shows and films. The idea was to provide internet users with a handy resource which would steer them away from illegal streams and downloads, protecting them from potential legal trouble and helping the studios at the same time. However, as TorrentFreak reports, Netflix has been removed from the WhereToWatch search results, despite being the one of the most-used legal streaming services in the world. Netflix results have also been removed from the UK equivalent of the site, FindAnyFilm, although some Netflix results are still available on GoWatchIt, the search engine which powers WhereToWatch. 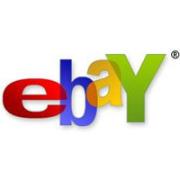 A free AI-based scholarly search engine that aims to outdo Google Scholar is expanding its corpus of papers to cover some 10 million research articles in computer science and neuroscience, its creators announced on 11 November. Since its launch last year, it has been joined by several other AI-based academic search engines, most notably a relaunched effort from computing giant Microsoft. Semantic Scholar, from the non-profit Allen Institute for Artificial Intelligence (AI2) in Seattle, Washington, unveiled its new format at the Society for Neuroscience annual meeting in San Diego. Some scientists who were given an early view of the site are impressed. "This is a game changer," says Andrew Huberman, a neurobiologist at Stanford University, California.

From Big Data to Artificial Intelligence: The Next Digital Disruption

If you consider just the evolution of data management it has been a rocky road. Computers helped but there is still worldwide allot of paper. We move atoms more then bits. The history of big data efforts has not always delivered productive outcomes. Then came data warehousing where we digitize all of the information in paper files and put that in discs or databases.

A search engine could become the first true artificial intelligence

Everything in our online life is indexed. Every idle tweet, status update, or curious search query feeds the Google database. The tech giant recently bought a leading artificial-intelligence research outlet, and it already has a robotics company on its books. So what if Google, or Facebook, or any of the companies we entrust our information to, wanted to use our search histories to create an artificially intelligent robot? Writer and director Alex Garland's new film, Ex Machina, looks at just that.