Why Would Microsoft Pay $7.5 Billion for GitHub?

Why would Microsoft, a software company that has achieved global dominance through writing proprietary software, spend $7.5 billion on GitHub, a company dedicated to building up a world-beating repository of open-source alternatives? Are they buying it to kill it, a bit like the National Enquirer allegedly did with those tales of Donald Trump's infidelities? Not at all: Microsoft is the ideal home for GitHub, and the hefty price tag is merely a sign of how seriously Microsoft CEO Satya Nadella takes GitHub's mission. Companies can be worth a lot more to a strategic acquirer than they would be on the open market, and GitHub is a prime example. In that sense, it's similar to Pret a Manger, the sandwich chain that was sold last week to the wealthy Reimann family for some 1.5 billion pounds. 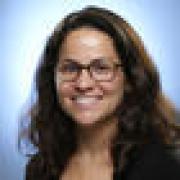 As the Trump administration backs away from Obama-era efforts to crack down on for-profit colleges, California is taking a step into the regulatory void.

After five straight years of losing revenue and students, Bridgepoint Education, the San Diego-based owner of two for-profit universities, announced last month that it intends to merge its schools into a single nonprofit called Ashford University. Bridgepoint will become what's known as an online program management company. These are the businesses that design, market and run the virtual programs that colleges offer to students. Pending the necessary approvals, Bridgepoint's first client would be Ashford University.

India's Tata Consultancy Services (TCS) has reported $5.25 billion in revenue for the third quarter of 2018, a 12.1 percent increase year on year. The total from the quarter takes the company's revenue for the nine months ending December 31, 2018, to $20.5 billion. "We are wrapping up 2018 with a strong revenue growth of 12.1 percent in the December quarter, which is the highest in 14 quarters, with continued growth acceleration in key verticals and across all geographies," CEO and managing director of TCS Rajesh Gopinathan said. The largest areas of sector growth for TCS this quarter were in energy utilities, which grew by 18.1 percent; communications and media, which increased its revenue by 10.8 percent; and retail, which grew by 10.5 percent. According to Gopinathan, the growth is attributed to the company's focus on "digital disruption", with its digital services revenue increasing by 52.7 percent compared to the same time last year, which accounts for 30.1 percent of the company's total revenue.

Education Secretary Betsy DeVos has been slowly loosening federal checks on controversial for-profit colleges, one regulation at a time, since she took office. But her department just took a huge and dangerous leap forward, gutting the team tasked with investigating predatory practices in higher education and effectively squashing several investigations already in progress, according to a New York Times report this past weekend. The investigative enforcement unit was formed in February 2016 to investigate fraud and misconduct in public and private colleges and universities a year after an incident with Corinthian Colleges. Once one of the largest for-profit college operators, Corinthian filed for bankruptcy and shut down in the wake of state and federal investigations into its potentially unlawful practices, from falsifying job placement data to inflating graduation rates--leaving students in the lurch. While the incident with Corinthian Colleges wasn't the first time for-profit colleges found themselves in hot water--they have been at the center of lawsuits and investigations for years--before 2016, the federal government didn't have an enforcement unit specifically dedicated to cracking down on predatory practices at colleges and universities.