It's hard to even go one block down the street without running into a vending machine. They are literally on every block, at least in major cities like this one, and what they sell is way different from our variety packs of chips, cookies, candy bars and sodas. On a recent visit to the island nation, we saw mostly liquids: hot coffees and teas, soups, fruit juices, water, cold beer and even some mixed cocktails. We didn't get to the busiest city, Tokyo, where reports of such vending machine oddities as diapers, women's underwear, eggs, puppies and condoms have fascinated journalists exploring the country. We did see machines in all colors, some in bright yellow colors with a Pokemon theme, others mostly geared towards the local coffee Boss, and featuring the likeness of its longtime Japan spokesman, American actor Tommy Lee Jones.

Dozens of people were still missing and four in critical condition as torrential rain that has killed 20 people pounds western and central Japan, according to local officials. Intense rainfall triggered huge landslides and flash floods in Hiroshima, Okayama, Kyoto and other regions, while hampering rescue operations. Local authorities said on Saturday a total of 20 people were killed in rain-related accidents, while public broadcaster NHK said the death toll had risen to 38 with 50 others unaccounted for. The broadcaster also said that more than 1.6 million people had been ordered to evacuate from their homes. Japan's Prime Minister Shinzo Abe told his ministers to "make an all-out effort" to rescue victims, saying: "The situation is extremely serious." 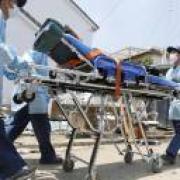 A strong typhoon is approaching eastern Japan, prompting the country's weather agency to warn Tuesday of heavy rain, strong winds and high waves. Typhoon Shanshan is moving toward the Izu island chain, south of Tokyo, and is expected to come very close to eastern areas facing the Pacific on Thursday. Tuesday, the season's 13th typhoon was located over the Pacific 430 kilometers north-northeast of Chichijima Island and was moving at a speed of about 20 kilometers per hour north-northwest, according to the Meteorological Agency. Heavy rain and thunder are expected mostly in eastern and central Japan from Tuesday noon, with intense rain forecast from Wednesday through Thursday. In the 24-hour period through noon Wednesday 100 millimeters of rain may fall in eastern and central Japan, while up to 400 mm of rain in the same area is predicted in the 24 hours to noon Thursday.

Spotify finally launches in Japan — and with song lyrics 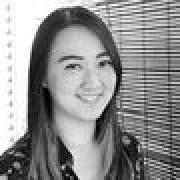 Music streaming service Spotify has launched officially in Japan, the company announced on Thursday. Similar to its service offerings in other markets, there will be an ad-based free tier, and premium ad-free subscription for 980 yen ( 9.65) a month. But not everyone will be able to log in today. Spotify's initial launch will be on an invite-only basis before opening more broadly. Users need to request for an invite on Spotify's Japanese website.

At least 100 people are thought to have died after record rainfall caused flooding and landslides in western Japan, a government spokesman says. More than 50 others are believed to be missing, the Japan Times reported. Since Thursday, parts of western Japan have received three times the usual rainfall for the whole of July. Two million people have been ordered to evacuate as rivers burst their banks. "We've never experienced this kind of rain before," a weather official said.