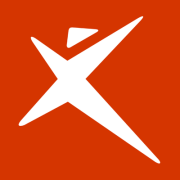 Microsoft Imagine connects aspiring student developers of all skill levels with the tools, resources, & experiences to turn their innovative ideas into reality!

Use C# in Visual Studio with Unity to create persistent AI in Stealthbot, a game where the player's bot needs to avoid enemy detection to escape the base. Create code for AI pathfinding, create changes in the enemy AI state on events, and simulate AI vision and player detection. 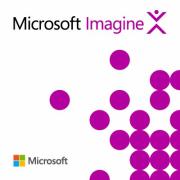 Microsoft Imagine connects aspiring student developers of all skill levels with the tools, resources, & experiences to turn their innovative ideas into reality!

Microsoft is looking to bring more users into the Azure fold by targeting university students with a new plan. The cloud is disrupting traditional operating models for IT departments and entire organizations. Last week, Microsoft introduced a new Azure for Students offering. This complements the existing Azure for Students Starter plan -- the rebranded Imagine subscription for Azure. The Azure for Students plan gives those with a verifiable school address full access to more than 25 Azure services -- including some AI ones -- for free, plus $100 in credit.

Microsoft is extending its global student competition program Imagine Cup to younger students with new Imagine Cup Junior competition. The new competition will target secondary school students between the ages of thirteen to eighteen globally. Microsoft says Imagine Cup Junior competition will help students learn about technology and build 21st century skills like communication, collaboration, critical thinking and creativity. The first edition will focus on Artificial Intelligence and introducing the students to Microsoft's AI for Good initiatives. Microsoft VP Education, Anthony Salcito says "we believe the future is in the hands of students around the world. Who are increasingly driven by a sense of purpose and want to have a positive impact on the world and their communities".