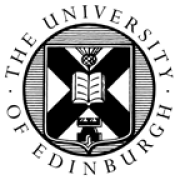 Half of pensioners are taking at least five drugs a day.

Covid London: 1 in 5 Lambeth residents may have higher risk due to multiple illnesses

Lord Prior: integrated healthcare is the future of the NHS

When he became chair of NHS England just weeks before publication of the NHS Long-Term Plan, Lord Prior was under no illusion about the task ahead. The former health minister and Conservative MP David Prior inherited a health service that had changed little in its 70-year history, facing successive winter crises and with the spectre of an already stretched workforce potentially taking a Brexit body blow. For the UK's largest employer, developing a long-term plan that operated on a schedule outside the political cycle was essential. Yet it is fundamentally driven by unlocking the £20.5-billion settlement, promised to the NHS by the government, over the next five years. The ambitious blueprint, unveiled in January, to overhaul the health service during the coming decade "is not a Soviet, top-down plan where we state how many tractors will be produced in the next ten years", says Lord Prior.