International Business Machines Corp. (NYSE:IBM) to launch its Watson AI in Korea through a partnership with a Korean IT service provider called SK Holdings C&C. The two firms will work together to make Watson available to the locals in Korean before June 2017. The partnership between the two firms also means they have to set up the right infrastructure for the AI together with introducing promotional projects to market the service. The presence of Watson in the country will also allow for the development of solutions for data analysis solutions in Korea through natural language semantic study and machine learning technology. SK revealed that the technology will be made available next year.

IBM has signed an MOU with Korean security firm SK Infosec to provide its cloud security solutions to local clients, the company has announced. SK Infosec and IBM's Korean office will cooperate in sales, marketing, and technological support for clients. The partnership follows Big Blue's cooperation agreement with the Korean's affiliate SK C&C to launch a local language version of its artificial intelligence platform Watson next year. Big Blue has been promoting its real-time analytics solution QRadar, servicing it as a Software-as-a-Service in the US, Europe, and Asia. SK will provide intelligence, cloud access security broker, and web application control services, they said.

South Korean IT solution provider SK C&C has announced a target of 2.5 trillion won ( 2.1 billion) in annual revenue by 2020 by developing new businesses based on artificial intelligence (AI), cloud computing, and smart factories. The South Korean IT services corporation said last Thursday it will broaden the IT services it delivers including reprocessing datasets using big data and AI analytics tools, according to the company's chief technology officer and the man in charge of its R&D centre. "The emergence of new technology will cause a disruptive change and a digital transformation across all the industries. SK Holdings C&C will increase its partners' competitiveness and profit by providing top-tier ICT technology," said Lee Ho-soo, SK C&C's chief technology officer. "SK Holdings C&C will transform into a data service company to accelerate digital transformation which provides sophisticated convergence ICT service combining cloud, big data, AI, and smart factory," he added. 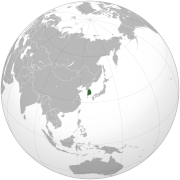 IBM and SK Holdings C&C, a South Korean IT services company, are planning to bring IBM's Watson cognitive technology language services to South Korean banking. The alliance, which includes training Watson to understand Korean, is designed to "dramatically accelerate" the adoption of cognitive computing throughout the region, giving South Korea-based developers a set of localised APIs and services they can use to help create their own applications and build new businesses. David Kenny, general manager, IBM Watson, says: "The South Korean marketplace is moving quickly to embrace the disruptive opportunities from next generation technology. Our strategic alliance with SK Holdings C&C will put cognitive services in the hands of more businesses and developers." SK Holdings C&C will run Watson and IBM Bluemix from its Pangyo Cloud Center, in support of universities, developers, and local businesses, across "diverse" industries including banking.

SK C&C has continued Korea's efforts to increase the usage and adoption of cloud computing within the region, announcing a new strategic alliance with IBM focused on the Watson cognitive computing platform. As part of the agreement, IBM will train Watson to understand and comprehend Korean, and South Korea-based developers will create a number of localized API's and services to increase adoption rates of such advanced cloud computing technologies in the region. Korean will be Watson's eighth language, lining up with English, French, Italian, Spanish, Brazilian Portuguese, Japanese, and Arabic. "Watson remains at the forefront of cognitive computing: advanced systems that learn at scale, understand with meaning, reason with purpose and interact with humans in natural ways," said David Kenny, GM for IBM Watson. "The South Korean marketplace is moving quickly to embrace the disruptive opportunities from next generation technology.