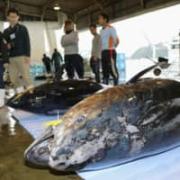 YOKOHAMA – Keikyu Line train services returned to normal Saturday afternoon in Yokohama, two days after an express train hit a delivery truck stuck at a railway crossing, leaving one person dead and 35 others injured. Keikyu Corp. used a large crane to remove the remainder of the partially derailed train and the truck from the site by the early morning, after workers toiled through the night to check the safety of the tracks and overhead wires. The suspension of train services affected about 630,000 people, according to Keikyu. The accident occurred around 11:40 a.m. Thursday when the truck became stuck at a railway crossing near Kanagawa-Shimmachi Station and was hit by the eight-car express train, causing the first three cars to derail and killing the truck driver. 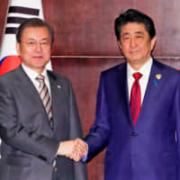 YOKOHAMA – Police investigators on Tuesday staged a reconstruction of a fatal accident in September that saw an express train collide with a delivery truck at a railway crossing in Yokohama. A similar type of train as the one involved in the Sept. 5 accident was used in the reconstruction, which was carried out in the early hours of the day. The driver of the train was also there. The collision at a crossing on the Keikyu Line between Kanagawa-Shinmachi and Nakakido stations caused the eight-car train to derail, killing the truck driver and injuring more than 30 passengers. Police suspect the 67-year-old truck driver got stuck at the crossing and that his negligence was at fault for the accident. 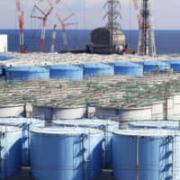 YOKOHAMA – One person was killed and more than 30 were injured after a train collided with a truck and derailed Thursday in Yokohama, police and rescuers said. The accident occurred at around 11:40 a.m. at a crossing on the Keikyu Line between Kanagawa-Shimmachi and Nakakido stations. The first three carriages of the train derailed and the truck -- which is believed to have become stuck on the trucks before the accident -- caught fire, authorities said. A 67-year-old who was pronounced dead after being taken to a hospital was believed to be the driver of the truck, police said. The victim had possibly become trapped under the train, they said. 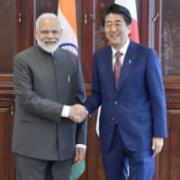 YOKOHAMA – Keikyu Corp., the operator of a commuter train that collided with a truck at a railway crossing in Yokohama on Thursday, is aiming to resume services in areas affected by the accident by Saturday morning, company officials said. Thursday's collision caused the first three carriages of the eight-car express train to derail, resulting in 35 people sustaining injuries. Michio Motohashi, the 67-year-old driver of the truck which is believed to have become stuck on the tracks before the crash, died. On Friday Keikyu stepped up recovery efforts, bringing in a large crane to move the derailed and tilted carriages at the crossing, located near Kanagawa-Shinmachi Station. The train operator had initially sought to normalize services by Friday evening's rush-hour period, but the removal of the carriages is requiring more time than expected, they said.

YOKOHAMA – An elderly man and his would-be rescuer died Saturday after being struck by a train at a level crossing in Kawasaki, police said. A man who appeared to be in his 40s was apparently trying to drag the other man, said to be in his 70s, out of the train's path when both got struck at around 9:10 a.m. at Hatcho-nawate Station on the Keikyu Line, police said. According to the police, the safety barrier was down when the younger man made his doomed rescue attempt. The accident forced Keikyu Corp. to briefly suspend 28 trains, affecting some 8,200 people, it said.