Compared to other global powers, the European Union (EU) is rarely considered a leading player in the development of artificial intelligence (AI). Why is this, and does this in fact accurately reflect the EU's activities related to AI? What would it take for the EU to take a more leading role in AI, and to be internationally recognised as such?

With artificial intelligence being at the brink of conquering our planet, we are now possibly facing the next critical phase of human history. Rarely have we seen a technological advancement that could so radically and irreversibly change the world as we know it. The implications of artificial intelligence are undoubtedly immense, as it would probably affect almost every industry in the world, reshaping businesses and jobs in the process. Before his death in March 2018, the renowned physicist Stephen Hawking was often quoted for being a dogged critic of artificial intelligence because of the magnitude of destructiveness that might come along with giving computers an intelligence that is equal or even superior to that of a human. However, as reported by CNBC in 2017, Hawking found legislative proposals in the European Union to be hopeful in regulating AI and robots in various ways. 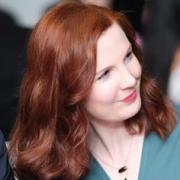 Bucharest was the European capital of robotics for #ERF2019

European Robotics Forum, the most influential meeting of the robotics and AI community, held its 10th anniversary edition in Romania. The event was organized Under the High Patronage of the President of Romania and Under the Patronage of the Romanian Presidency of the Council of the European Union. The most advanced prototypes, high end technology projects, financed under Horizon 2020, were exhibited to be admired and analysed at JW Marriott between 20 and 22 March. Among the robots that were displayed one could find: the famous REEM-C – the humanoid robot that speaks 9 languages and that costs 1 million euro, QT – the robot especially created to help children who suffer from autism, Trimbot – the gardening robot that will help cut the roses and the bushes, as well as other prototypes that take innovation to the next level. Among the exhibitors we could also find Romanian companies developing advanced software solutions for international robotics companies.

Organizations are unlocking the business value of next-generation technologies that are on the rise. Join us in this European Business AI & Robotics event to discuss the latest developments of emerging technologies like advanced analytics, automation and more that are transforming the way we run business. Meet new business partners at our unique B2B matchmaking and peer-to-peer networking session that will gather top-level decision makers and influential players responsible for technology developments across all functions all together under one roof.