Will accountancy survive the rise of artificial intelligence?

Speaking to the BBC this week, chief economist at the Bank of England Andy Haldane said that disruption caused by the Fourth Industrial Revolution would be "on a much greater scale" than that experienced during the First Industrial Revolution in the Victorian period. Advising that the UK required a skills revolution to counteract individuals becoming "technologically unemployed", Haldane said that training was necessary to ensure workers could leverage new job opportunities as they became available in the era of artificial intelligence. The accountancy industry is one sector primed to capitalise on the rise of artificial intelligence and machine learning. The sector has already embraced automation, with intelligent software removing the traditional compliance aspect of the accountant role. And, as the government's Making Tax Digital initiative edges ever closer, the implementation of a digital tax system has encouraged accountants across the UK to confront how they view and employ technology on a day-to-day basis.

I am regularly asked to summarize my many posts. I thought it would be a good idea to publish on this blog, every Monday, some of the most relevant articles that I have already shared with you on my social networks. Today I will share some of the most relevant articles about Artificial Intelligence and in what form you can find it in today's life. I will also comment on the articles. AIDP and Andy Khawaja recently announced their pioneer project, "ISABELLA," which will be an AI processing system capable of learning, retaining, and performing tasks.

Staying Relevant in an Era of Automation and AI

The World Economic Forum, released a report in 2018, stating that, 50% of companies, will reduce their workforce, due to the efficiency of technologies, such as automation, artificial intelligence, robotics, etc., which has, significantly, reduced errors associated with humans. The report, also, stated that 75 million jobs, will be lost, in the process. Technology is, gradually, taking over and it has been projected, by economists that, Robots could take over 20 million manufacturing jobs, around the world, by 2030. It was, recently, reported that 11 years from now, 14 million robots, will be, actively, working in China, (from a 2018 study, culled from Oxford Economics in) Automation and Artificial intelligence, (AI), are gradually, taking over and this trend is noticeable, in the workplace, where there has been an exponential rise, over the past 20 years, to 2.25 million. The calculation of flight trajectories that helped spaceships into the sky was, formerly, calculated by humans, employed by NASA, (as shown in the movie, Hidden Figures), but today, automation has taken over that, relegating those employed humans, to the background.

How Accountants Can Succeed Alongside AI

There's no bigger bogeyman in the accounting industry today than the specter of artificial intelligence that seems to be looming over the entire field. Accountants everywhere appear to be worried that they'll soon be replaced by the robots, and are beginning to wonder how they can ensure their job security. Luckily for you, the savviest accountants have already gotten started adapting to the 21st century, and those just now preparing to confront AI have a number of examples to follow.

What everybody ought to know about Accounting and A.I. 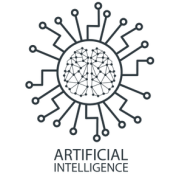 Accounting is an integral part of all kinds of business operations since ancient times. As technology evolved, so has accounting, and now Artificial Intelligence (A.I) is slowly becoming the part of the accounting process. Accounting profession and A.I have started going hand in hand. A. I have reduced the workload of accountants and has paved the way for accounting professionals to be more productive and efficient. In the earlier days, computers were used to store a large quantity of data and perform simple calculations to arrive at the profit or loss position of a firm. Nowadays, machine learning has been elevated to derive useful information from a large amount of data and generate reports needed by the accountants.