Model drift, sometimes called concept drift, occurs when the model performance during the inference phase (using real-world data) degrades compared to its performance during the training phase (using historical, labeled data). It is also known as train/serve skew, as the model's performance is skewed when compared with the training and serving phases. To detect model drift, it is always necessary to keep continuously monitoring the performance of the model. If there is a sustained degradation of model performance, the cause must be investigated, and treatment methods must be applied accordingly, which almost always involves model retraining.

Ladies and gentlemen, you're about to take the red pill. Tesla boss and SpaceX founder Elon Musk knows something the rest of us don't: we don't actually exist. Instead, we're all just software trapped inside an advanced civilization's computer simulation. In fact, Musk says the chances that we're not just pieces of code in a futuristic computer simulation are one in billions. And he says if he's wrong -- if this is reality and not a simulation -- it's the worst news imaginable and the world is about to end.

Tesla seems to be struggling with mass-production of its first mass-market car, the $35,000 Model 3. Just three days after CEO Elon Musk said in a tweet that "excessive automation" of the company's production line was a mistake, the company put the manufacturing of Model 3 on hold for some days, and a spokesperson said the reason was to "improve automation." When production of the Model 3 sedan began in the second half of 2017, Tesla was targeting rolling off 5,000 vehicles every week by the end of the year. But that deadline has been pushed and reaching that number looks likely to miss its current June-end deadline as well. In an interview to CBS News during a tour of his factory, Musk said Tesla had reduced its reliance on automation in the Model 3 production line, and that the company had been making over 2,000 of those cars every week. "We'll probably have, I don't know, a three or four-fold increase in Model 3 output in the second quarter," he had added. 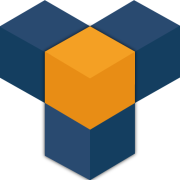