Ray Kurzweil on How To Create A Mind: Be Who You Would Like To Be

Ray Kurzweil's impact on my life in general but especially on what I have been doing for the past 3 or 4 years is hard to exaggerate. It is a simple fact that, if I haven't read his seminal book The Singularity is Near, I would be neither blogging nor podcasting about exponential technologies, not to mention going to Singularity University. And so it was with great excitement and some trepidation that I went to interview Dr. Kurzweil in his office in Boston. Part of my trepidation came from some technical concerns: I wish I could buy a better camera. I wish I could hire a team of audio and video professionals so that I can focus on the interview itself.

Praised as the Thomas Edison of the 21st century, Ray Kurzweil was selected as one of "16 revolutionaries who made America," along with the great inventors of the past two centuries. Forbes magazine called him "the ultimate thinking machine" and The Wall Street Journal dubbed him "the restless genius." Kurzweil is in the National Inventors Hall of Fame, With 12 honorary doctorates and the world's largest prize for innovation - the $500,000 Lemelson-MIT award. Kurzweil, now 57, published what is arguably the most blogged-about book of 2005, a 640-page blockbuster: "The Singularity Is Near," a road map to "a unique event with singular implications," or some form of immortality for those younger than 50 today. Kurzweil's latest futuristic tome is the sequel to his last bestseller, "The Age of Spiritual Machines: When Computers Exceed Human Intelligence," which posited that the ever-accelerating rate of technological change would lead to computers that would rival the full range of human intelligence. 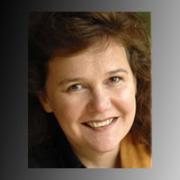 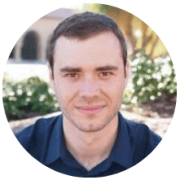 talk Future of Artificial Intelligence and its Impact on Society

He looks at ethical issues such as dealing with technological risks. The Meetings Program provides members with in-person access -- in New York, NY and Washington, DC -- to world leaders, senior government officials, members of US Congress, and prominent practitioners in academia, policy, and business -- many are members themselves. Ray Kurzweil is personally featured or discussed in these talks by world renowned thinkers at CFR events. CFR recurring meeting series invite leaders to discuss the important foreign policy issues of our time. QUESTION: Would you be willing to speculate on the trajectory of artificial intelligence and machine learning and its social impact?