Identify, describe, plot, and remove the outliers from the dataset with R (rstats)

In statistics, a outlier is defined as a observation which stands far away from the most of other observations. Often a outlier is present due to the measurements error. Therefore, one of the most important task in data analysis is to identify and (if is necessary) to remove the outliers. There are different methods to detect the outliers, including standard deviation approach and Tukey's method which use interquartile (IQR) range approach. In this post I will use the Tukey's method because I like that it is not dependent on distribution of data.

The Greatest, Saddest Super Bowl Ever

Sports are supposed to be zero sum. There are 32 NFL teams, and 31 of them--that's 97 percent, Falcons fans--finish each year without the pleasure of sticking a big, fat trophy in Roger Goodell's face. The Patriots, who've won five Super Bowls in the past 15 years, are not normal. The success of Tom Brady and Bill Belichick and their rotating cast of skill-position players and pass rushers and defensive backs is a crazy outlier. New England's victory on Sunday night--one in which they overcame a 25-point deficit; the largest previous Super Bowl comeback was 10 points--was an outlier among outliers. 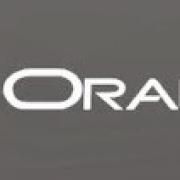 In this post I'll build upon these to show how to outliers can be handled. The following example will show you how you can transform data to identify outliers and transform them. In the example, Winsorsizing transformation is performed where the outlier values are replaced by the nearest value that is not an outlier. The transformation process takes place in three stages. For the first stage a table is created to contain the outlier transformation data.

The performance of any machine learning model depends on the data it is trained on, and it can easily be influenced by changing the distribution or adding some outliers in the input data. Outliers can lead machine learning models to less accuracy and larger training time. It becomes important for us to handle all the outliers before giving data for training. In this blog, I will try to answer the two most common questions about outliers. Outliers are unusual data points that differ significantly from the rest of the samples. 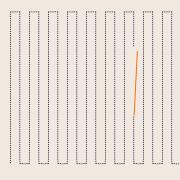 This is part 2 of a 5 part series on Root Cause Analysis. The first step in root cause analysis is to identify all the factors that contributed to the change in question. Our goal is to enumerate every possible factor, of both types, that might have contributed to the change we are analyzing. The more comprehensive we are at this stage, the more likely we identify the root cause. Let us return to our example of Sean's Snowshoes, a retail store chain which saw a dip in revenue on January 21st.