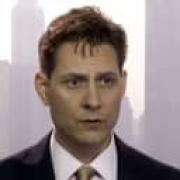 BEIJING - A Chinese court sentenced a Canadian man to death on Monday in a drug smuggling case as tensions heightened between the two countries over Canada's arrest last month of a top Chinese technology executive. In a sudden retrial, a Chinese court in northeastern Liaoning province announced that it had given Robert Lloyd Schellenberg the death penalty, reversing an earlier 2016 ruling that sentenced him to 15 years in prison. The court gave no indication that the penalty could be commuted, but Schellenberg's fate is likely to be drawn into diplomatic negotiations over China's demand for the release of Meng Wanzhou, chief financial officer of the Chinese telecommunications giant Huawei. Canadian Prime Minister Justin Trudeau strongly condemned Monday's proceeding, suggesting that China was using its judicial system to retaliate against Canada. In his strongest comments yet, Trudeau said "all countries around the world" should be concerned that Beijing is acting arbitrarily with its justice system.

A Chinese court in northeastern Liaoning province announced Monday that it had sentenced Robert Lloyd Schellenberg to death, reversing an earlier 2016 ruling that sentenced him to 15 years in prison.(CCTV A Chinese court sentenced a Canadian man to death Monday in a sudden retrial of a drug smuggling case, increasing tensions between the two nations that have simmered since the arrest of a top Chinese technology executive in Vancouver last month. Canadian Prime Minister Justin Trudeau strongly condemned the sentence handed down to Robert Lloyd Schellenberg and suggested that China was using its judicial system to pressure Canada to release Meng Wanzhou, chief financial officer of the Chinese telecommunications giant Huawei. In his strongest comments yet, Trudeau said "all countries around the world" should be concerned that Beijing is acting arbitrarily with its justice system. "It is of extreme concern to us as a government, as it should be to all our international friends and allies, that China has chosen to begin to arbitrarily apply a death penalty," Trudeau said. 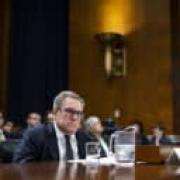 TORONTO - The U.S. State Department said Wednesday China's death sentence on a Canadian man is "politically motivated." The statement from U.S. deputy spokesman Robert Palladino said that U.S. Secretary of State Mike Pompeo and Canadian Foreign Minister Chrystia Freeland spoke Tuesday and "expressed their concerns about the arbitrary detentions and politically motivated sentencing of Canadian nationals." Freeland and Canadian Prime Minister Justin Trudeau have been talking to world leaders about Schellenberg's case and the cases of two Canadians arrested in China in apparent retaliation for the arrest of Chinese Huawei executive Meng Wanzhou. Canada arrested the daughter of Huawei's founder at the request of the U.S., which wants her extradited to face charges that she misled banks about the company's business dealings in Iran. Palladino said the Meng case also came up.

Robert Lloyd Schellenberg, 36, was sentenced to death for drug smuggling. His sentencing came during a one-day retrial on Monday. A Canadian man originally given 15 years in prison for drug smuggling was sentenced to death in China on Monday after a one-day retrial, the surprising verdict coming amid growing tensions between Beijing and Ottowa after the arrest of a top Chinese tech executive last month. Robert Lloyd Schellenberg was given the death penalty in Dalian Intermediate People's Court in the northeast province of Liaoning after an appeals court last month agreed with prosecutors that Schellenberg's original punishment was too lenient. The court on Monday said Schellenberg had an "extremely large" negative impact on China and was a "core member" of an international drug ring.

A court in China has sentenced a Canadian man to death on drug trafficking charges after his previous 15-year prison sentence was deemed too lenient, a ruling likely to deepen a diplomatic rift between Ottawa and Beijing. Robert Lloyd Schellenberg, 36, nodded as the judge in the northeast city of Dalian asked him whether he understood the verdict, following a day-long retrial on Monday in which he declared his innocence. "The court completely rejects the accused person's explanation and defence because it is completely at odds with the facts," the chief judge said in a courtroom packed with observers - among them Canadian embassy officials, AFP news agency reported. Canadian Prime Minister Justin Trudeau said in Ottawa that he is concerned that China chose to "arbitrarily" apply the death penalty to a Canadian citizen. Schellenberg was detained more than four years ago and initially sentenced to 15 years in prison in 2016.