This Indian Techie Is Fighting Sexism in Artificial Intelligence 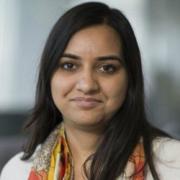 Kriti Sharma is currently working on an AI system to help report domestic abuse. What do you do when you're a 14-year-old who wants a computer but doesn't have one? Kriti Sharma did what seemed obvious: she devoured tech tomes and built herself one. The 30-year-old is a problem solver. Problem No. 1 on her list right now is sexism in tech.

What do you do when you're a 14-year-old who wants a computer but doesn't have one? Most of us would beg and plead with parents, the more industrious among us may attempt to save up money, but Kriti Sharma did what seemed obvious to her: she devoured tech tomes and built herself one. The 30-year-old is essentially a problem solver. Problem No 1 on her list right now is sexism in tech. Frustrated by the reinforcement of sexist ideas by bots, she created Pegg, a gender-neutral personal finance assistant.

Tesla 'driver' arrested after riding in back seat on Oakland freeway

It was an unusual and disturbing sight in the Bay Area: A man was spotted cruising in his Tesla, his shoeless foot propped on the middle console as he reclined in the back seat -- with no one behind the wheel. Param Sharma, 25, posted an Instagram video Tuesday from the car's rear passenger seat, where he sat bumping along to music and showing off an article on the back-seat entertainment screen headlined, "Man seen riding in back seat of Tesla with no driver." "B-- tell the chp I bought my license," the video caption said. One day before that post, Sharma was arrested. Calls had been pouring into the California Highway Patrol office from Bay Area drivers who had spotted the driverless car traveling east on I-80 across the San Francisco-Oakland Bay Bridge toward Oakland.

Sharma Soars Into the Lead in Mexico 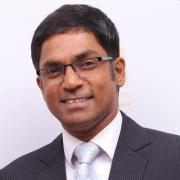