Surf Life Saving Australia (SLSA) and Westpac have teamed up to deploy 51 drones around Australia during the nation's beach-going months. The drones are intended to provide aerial vision and surveillance to help spot rips and swimmers in distress, and could in future drop buoyancy devices to swimmers, the pair said. Surf Life Saving Australia (SLSA) President Graham Ford said the drones will be "hugely beneficial". "There is no better time than now to welcome new technologies that can help us protect more Australians," he said. The drones will be located throughout the New South Wales and Queensland coasts; at St Kilda and Frankston in Victoria, as well as a mobile unit; Semaphore Beach and Christies Beach in South Australia; at Frederick Henry Bay in Tasmania; at Cottesloe, Fremantle, Meelup, Smiths Beach, Secret Harbour, City Beach, Trigg, and Mullaloo in Western Australia; and one unit in Darwin.

Domino's and Flirtey have launched the first commercial drone delivery service, aiming to soon deliver pizza via remotely piloted aircraft (RPA) straight to a customer's front door. Although headquartered in Brisbane, Australia, Domino's has chosen to kick off the DRU Drone initiative in Auckland, New Zealand, as the country's current regulations allow businesses to utilise unmanned aircraft. The demonstration was conducted under Civil Aviation Rules Part 101 and marks a final step in Flirtey's approval process. Domino's said it then expects to be able to trial store-to-door drone deliveries from a selected Domino's New Zealand stores with flights to customer homes tabled for later this year. "We are planning a phased trial approach which is based on the Civil Aviation Authority (CAA) granting approval, as both Domino's and Flirtey are learning what is possible with the drone delivery for our products, but this isn't a pie in the sky idea.

The Australian government has announced a AU$6 million investment in an "ultra-rapid" electric vehicle (EV) charging network powered by renewable energy across the nation under the Australian Renewable Energy Agency (ARENA). According to the federal government, the EV charging network will be deployed around Sydney and Melbourne; between Sydney, Melbourne, Canberra, Brisbane, and Adelaide; and across Western Australia. Euroa, in Victoria, and Barnawartha North, outside Albury Wodonga on the New South Wales-Victorian border, will be the first sites to gain charging areas thanks to a grant from the Victorian government. The AU$15 million EV charging network is being built by Chargefox, with plans to develop 21 charging stations across the nation, each around 200km apart. The charging stations are designed to provide a range of 400km or up to 80 percent capacity within 15 minutes of charging, with the network to be worth AU$15 million. 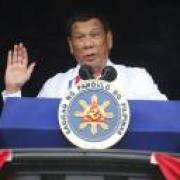 SYDNEY – Australia will invest 7 billion Australian dollars ($5.2 billion) to develop and buy high-tech U.S. drones for joint military operations and to monitor waters including the South China Sea, it said Tuesday. Canberra has been embarking on its largest peacetime naval investment through a massive shipbuilding strategy that includes new submarines, offshore patrol vessels and frigates to shore up its defense capabilities. As part of this, the government will spend AU$1.4 billion to buy the first of six MQ-4C Triton maritime surveillance drones, with the aircraft to enter service from mid-2023, complementing seven P-8A Poseidon planes currently in use. "Together these aircraft will significantly enhance our anti-submarine warfare and maritime strike capability, as well as our search and rescue capability," Prime Minister Malcolm Turnbull said in a statement. "This investment will protect our borders and make our region more secure."