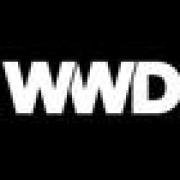 "We had a blind date and it started like that," said Frédéric Malle on his fragrance collaboration with Alber Elbaz. "It just felt very natural and nine months later we had a baby!" The perfume publisher and former Lanvin designer, Elbaz, came together Thursday night at the Barneys New York's Madison Avenue location to highlight the launch of their fragrance collaboration, called Superstitious. The event brought together the likes of Glenda Bailey, Simon Doonan and Amanda Ross, among others. "The fragrance is something that Frédéric worked on for a very long time," Elbaz said. 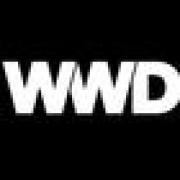 The 23-year-old's debut album, "A Moment of Madness," features her first hit, "White Tiger." She's toured with Coldplay and won numerous music awards. "Synonymous with youth and liberty since 1978, Cacharel scents, like its fashion, have always expressed freedom of spirit," the brand said in a statement. These include Anaïs Anaïs and Amor Amor. Cacharel, whose fragrance license is held by L'Oréal, called Yes I Am its "first fragrance of independence."

Could a spritz of eau de parfum help to realign your personal energy and create inner harmony? New luxury French perfume house the Harmonist is touting that belief with a collection of 10 unisex fragrances by perfumer Guillaume Flavigny, inspired by the ancient Chinese principles of feng shui. The company's first boutique debuted in Paris on Feb. 15 followed by a U.S. flagship store on Melrose Place in West Hollywood in early March. "Los Angeles is maybe the most feng shui city in the world because the elements are so concentrated here -- the fire, the earthquakes, the mountains, the desert, the ocean, the trees," says the brand's chief operating officer, Virginie Amourelle, who resides in Paris. "That is why we chose L.A. for our second location.

Net-a-Porter and Goop get cozy; Gwyneth Paltrow to host lunchtime event in L.A. 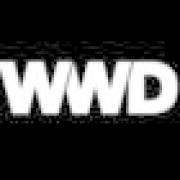 Net-a-porter will launch Goop product on its site starting April 26. For a limited time, the 12-piece Goop collection, including Goop skin care and Goop fragrance, will be featured alongside Paltrow's favorite Mother's Day gift ideas from the retailer. This is the first time Goop fragrance will be sold through an outside retailer. The next day, the brands will throw a Mother's Day celebration to be cohosted by Paltrow, founder and chief executive officer of Goop, and Alison Loehnis, president of Net-a-porter and Mr Porter. The wellness-minded lunchtime event at The Butcher's Daughter in Venice Beach will feature mini-treatments from Goop's favorite wellness experts.