Supreme Leader Snoke had quite a moment in Star Wars: The Last Jedi. But how much did the mocap actor behind him -- none other than Andy Serkis, aka Gollum (and Klaue from Black Panther, nbd) -- really fuel the CG character's performance? This clip, newly released to hype the upcoming home video launch of The Last Jedi, offers a glimpse. It's not the entire scene, of course -- no major spoilers here -- but it does give you a sense of exactly what the fleshy half of Snoke brought to the role. Here's what it's like to wander around backstage at the Oscars with a bunch of celebrities

Is Jon Snow appearing in 'Call of Duty'?

Jon Snow might be back in action on Game of Thrones, but the man who plays him appears to be keeping busy with some other game. Mashable obtained this video featuring Thrones actor Kit Harington -- sans beard -- being wheeled into an elaborate motion capture rig. Plenty of movies and TV shows use mocap these days, but this particular setup looks very familiar. Images of a similar mocap rig surfaced in 2015 when ex-NFL superstar Marshawn Lynch was featured in an ESPN the Magazine cover story. Now Lynch's participation in the game turned out to be very minor; he was a background player in one scene with zero lines.

It has long been rumored that "Thor: Ragnarok" will take incorporate a Planet Hulk storyline from the comic books. Now, director Taika Waititi has confirmed a big clue regarding the location of the movie. During an interview with Total Film, Waititi revealed that the film will take place in Sakaar, the titular Planet Hulk. "Sakaar was just an insane, far-off, futuristic place which was the biggest shift for the film and these characters," he said, according to Collider. "I was really excited when Kevin [Feige] and the rest of Marvel jumped on board with the idea to use [Jack] Kirby as a big influence in the design of the film.

Taika Waititi's endless napping pics should be your inspiration in life 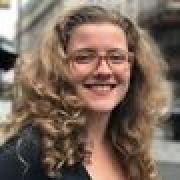 Being a hugely successful comedy writer, actor and director can be tiring, you guys.

Even before Marvel's "Thor: Ragnarok" is released, critics are already raving about Taika Waititi's movie. Everybody just loves what the Australian filmmaker did to the third movie in the "Thor" franchise, so much so that his name is being floated around for a "Star Wars" film.