DARPA reveals 'fishing net' that can catch drones in sky

The Defense Advanced Research Projects Agency (DARPA) has made a system that can catch drones mid-flight. Instead of risking damage when drones need to land in battlefields or on US Navy Ships, the DARPA SideArm capture system can retrieve drones up to 1100 pounds (500 kg) in weight. The system can fit in a shipping container and can be set up and operated by two to four people, enabling the SideArm to be portable. In December 2016, the system was tested with a 400-pound (181 kg) Lockheed Martin Fury Unmanned Aerial System (UAS) drone. Aurora Flight Sciences, who tested the SideArm, accelerated the drone to speeds that it would fly at using an external catapult.

DARPA designed tech that can snag 1,100-pound drones right out of the air

The U.S. Defense Advanced Research Projects Agency (DARPA) is working on a way to launch drones into flight and then snag them right out of the air with a system that can be loaded onto a truck or ship. The agency recently released test footage of the next-gen drone tech, currently being developed under the callsign SideArm. It's designed to give the military the ability to manage the flight of large unmanned aerial systems (UASs, aka drones) from just about anywhere. SEE ALSO: Meet the robonauts: NASA's humanoid robots Using the current launch systems, putting these heavy-duty drones in the air requires the runway of a 90,000-ton aircraft carrier, along with a net to catch the aircraft when their flights come to an end. That setup obviously presents some logistical issues when there are no oceans around, so SideArm looks to make the launch pads more mobile.

Even the longest-loitering drone needs to land sometime. But rather than risk damaging these multi-million dollar aircraft on improvised battlefield landing strips or aboard US Naval vessels, DARPA is developing a novel drone recovery system that snatches them out of mid-air. DARPA calls it the SideArm system. It's part of the larger Tern program that seeks ways to integrate drones into Navy ships and operations without having to drastically renovate the vessels in accommodation. As such, this system is built to fit in a standard shipping container and can be set up and operated by just 2 - 4 people. 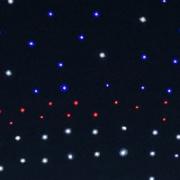 Quadcopter drones are great for aerial photography, racing, and backing up Lady Gaga during the Super Bowl halftime show. But puny propellers don't cut it for serious jobs, which is why military missions and humanitarian aid drops use unmanned aerial drones that resemble airplanes. Fixed-wing drones can fly further and carry more. The trouble is, winged aircraft can't takeoff or land vertically like quadcopters, and the hybrid machines that combine the utility of wings and the ease of quads tend to be complex and expensive. Further compounding the challenge, fixed-wing drones need runaways, which you don't often find in the remote locations where drones are most useful.

Today on In Case You Missed It: DARPA unveiled a UAV recovery systems that can catch a 1,000-pound drone but still fit comfortably in a standard 20-foot shipping container. The SideArm, as it's called, uses the same arresting-wire system that full-sized military jets use aboard aircraft carriers -- just, you know, upside down. We also take a look what happens when modders manage to stuff a full Pokémon game (in this case, "Cobalt and Amethyst") into the Minecraft universe. Modder Phoenix SC reportedly spent 31 months creating the add-on. It contains a brand-new storyline, 136 new Pokémon and about 70 hours of gameplay.