So, of course, Samsung has a 32-bit speaker here at CES. The company says the H7 Wireless Speaker will upscale your 8- and 24-bit audio to cover a wider frequency range, therefore making your music sound closer to the original recording. That claim is pretty dumb. There's no way to get 32-bit audio files, and there's no hidden data inside a 24-bit recording, so any extrapolation is pure guesswork on the speaker's part. But that doesn't mean the H7 is a complete write-off. 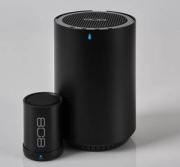 After consumers snapped up nearly 1.5 million units of its diminutive Canz speaker, 808 Audio has decided to double down on that form factor with a much larger version--the Canz XL--as well as three other budget-priced Bluetooth speakers. "We offer consumers a line for everyone, while including features that are in line with products that are two and three times the price," 808 Audio president Ian Geise says of the new speakers. The 100 Canz XL measures five inches wide and just about 7.5 inches tall. It's nearly two and a half times the size of the original Canz, with a larger driver, better bass response, and a battery that's rated to last eight hours on a single change (the battery in the smaller original speaker lasts six hours). It features a multicolor LED that changes in response to the music played. 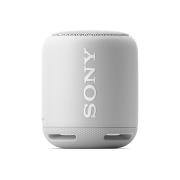 Bluetooth speakers allow us to experience music no matter where we go. Whether it's listening to classical pieces from Mozart or Halsey's newest single, you shouldn't have to miss out on enjoying your favorites. But with so many great Bluetooth speakers to choose from, how do you know which ones are the best? Maybe you're an active person who needs a durable speaker for all that hiking or are looking for something to kickstart a whole home audio system. Regardless, there are plenty to choose from on Amazon.

Google tossed price-conscious streaming music fans a tempting new smart speaker late last year with the release of the Nest Audio. In a crowded market, the slight speaker stood tall thanks to its decent audio quality and $100 price tag, which saw it nestled between the $200 Echo Studio and Sonos One and cheaper offerings like the $50 Echo Dot. Now, a pair of Nest Audios are on offer in competing deals, with Walmart edging out the Google Store with a $30 saving when you buy two of the chalk-colored speakers together for a total of $169.96. Buy 2 Nest Audio at Walmart - $169.96 The extra Nest Audio is worth it, because when you pair them up, they sound even better.

Google's Nest Audio was all but revealed already when it appeared in a Walmart a week ago, but now it's official. The company just announced its latest Google-powered speaker at its annual Pixel event. As you can tell from the pictures, the Nest Audio is a fabric-clad speaker similar to the Nest Mini. According to Google, the new Nest Audio has a 19mm tweeter, a 75mm mid-woofer, all of which will result in "fuller, clearer, more natural sound." It also apparently has 50 percent more bass and 75 percent more volume than its predecessor.