Portuguese police announced yesterday the arrest of a Portuguese man in Hungary who they believe hacked, stole, and then leaked secret documents from European football (soccer) clubs during the past four years. Authorities didn't disclose the man's name, but local newspaper Record identified the suspect as Rui Pinto, a man who several newspapers from Spain, Portugal, and Germany previously named as the shadowy figure behind the infamous Football Leaks portal. Since 2015, the Football Leaks website operated a-la WikiLeaks, publishing secret documents that it claimed it obtained from anonymous sources. The documents helped reveal the football world's shady inter-club player transfers that included shell companies and a slew of intermediaries that siphoned off huge bonuses from each player transaction. The site also revealed how top European football clubs like Machester City and Paris Saint Germain often broke regulations, dumped private emails from David Beckham, and revealed how Jose Mourinho avoided paying taxes on millions. 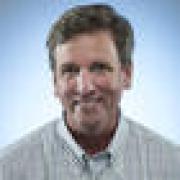 Have a question about the NFL? Ask Times NFL writer Sam Farmer, and he will answer as many as he can online and in the Sunday editions of the newspaper throughout the season. Why is it called "foot"ball when the feet are rarely used outside of the kickoff, PAT and field goals? Farmer: According to Jon Kendle, archivist at the Pro Football Hall of Fame, the roots of American football stemmed from soccer and rugby. On Nov. 6, 1869, Rutgers and Princeton played in what was billed as the first college football game. It wasn't until the 1880s that Walter Camp, a great rugby player from Yale, pioneered rules changes that distinguished rugby from the new game of American football.

The Mania of Michigan Football

Michigan football fans are fanatical about their college team. In 1975, I moved to Mozambique, then a scenic colony on the Indian Ocean, where a ten-year guerilla war was ending a half millennium of Portuguese rule and, in turn, igniting challenges to white-minority regimes across southern Africa. It was a historic time, and I needed a telephone to report on it. Impossible, the post, telephone, and telegraph agency told me--the waiting list was nine years long. I worked through layers of bureaucracy at its headquarters--pleading, cajoling, pressing, and flirting--until I found someone who spoke English with an American accent.

I've grown up with it - it's like my right arm!" Samuel Timms is a keen amateur footballer, an Aston Villa fan and one of the organisers of Football Pride. The online event, which takes place on Saturday, is part of a wider Football v Homophobia campaign and will bring together clubs, players, coaches and supporters from around the world for a virtual get-together celebrating inclusive football culture. "I think it took a few gin and tonics and Zoom calls to organise," Timms jokes. "But it's amazing to know how big a net we have with visible LGBT people and allies. That shows where we're getting to in football." As Timms knows, it has not always been that way. As a gay football fan in the 1970s, Darryl Telles remembers how different things used to be. "I was at a Nottingham Forest game when fans were homophobically singing about Brian Clough and Peter Taylor having an affair," he says. "It was a joke, calling them gay, but it really isolated me because my friends were singing it too.