A wing-flapping drone inspired by the world's fastest bird has been developed that could one day find use in everything from surveillance operations to flower pollination. An international team of researchers designed the 26-gram ornithopter drone to hover, dart, glide, and dive just like a swift, making it far more versatile than a traditional quadcopter drone. "Unlike common quadcopters that are quite intrusive and not very agile, biologically-inspired drones could be used very successfully in a range of environments," said Dr Yao-Wei Chin, a research scientist from the National University of Singapore who led the project. "The light weight and the slow beating wings of the ornithopter poses less danger to the public that quadcopter drones in the event of a crash and given sufficient thrust and power banks it could be modified to carry different payloads depending on what is required." The researchers expect the first commercial use of the drone could be in monitoring large crowds or inspecting crops in fields.

Paul Rifkin said of his image: 'I watched the leopard stalking the stork. I only had time to focus at 400mm, no time to change to high speed. I watched the stork and as soon as it flapped its wings I shot one shot' Earlier this month we presented some of the jaw-dropping early entries to the 2018 National Geographic Travel Photographer of the Year Contest. Now we can reveal some of the National Geographic editors' favourite photos from the Nature category of the competition – and we can guarantee that jaws will plummet once more. They include amazing animal encounters and breathtaking landscapes. 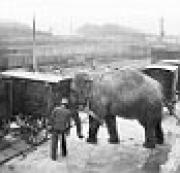 Typically a shy species, a Caribbean reef shark investigates a remote-triggered camera in Cuba's Gardens of the Queen marine protected area. A stunning shot of an orangutan crossing an Indonesia river has been named the winner of a prestigious nature photography award. The shot, by Singapore photographer Jayaprakash Joghee Bojan, was selected as the winner of the 2017 National Geographic Nature Photographer of the Year contest. He has won $10,000 and will have his winning image published in an upcoming issue of National Geographic magazine and featured on the @NatGeo Instagram account. Mr Bojan captured the dramatic image while wading in five feet of water in the Sekoyner River in Tanjung Puting National Park in Borneo.

Nahant Executive Director Brian Ritter says there hasn't been a comprehensive survey of the entire property. He says he's interested to see if scientists will discover any threatened or endangered species in the area.

KANS is a registered society under the Tamil Nadu Societies Registration Act 1975 formed to serve the cause of wildlife conservation in the Melagiri region. The affairs of the Society are managed by a dedicated Managing Committee elected by the general body. KANS enjoys a youthful profile driven by the passion. An extraordinary network of members from various walks of life brings together a wealth of resources. The activities of the society are funded by subscription from members and donations from well wishers and other like minded organisations.