Looters drive off with $90,000 muscle cars in San Leandro over weekend, police say

As protests over the death of Minneapolis man George Floyd turned violent Sunday night, hundreds of looters targeted a car dealership in San Leandro. By the time police arrived, scores of cars had filed out of the parking lot: Dodge Chargers, Jeep Wranglers, Jeep Cherokees. All told, nearly 80 cars were stolen, with some being driven out right in front of police. Looters even drove off in high-end Dodge Challenger SRT Hellcats, which sell for about $90,000 each, authorities said. "Looters [were] vandalizing the store or even burglarizing the store, getting access to the keys, and taking cars," San Leandro Police Lt. Ted Henderson said.

Fox News Flash top headlines are here. Check out what's clicking on FoxNews.com. Prosecutors in Northern California have filed charges against a police officer in connection with the April shooting death of a Black man inside a Walmart during an encounter than lasted less than 40 seconds. Alameda County District Attorney Nancy O'Malley announced on Wednesday the filing of a felony voluntary manslaughter charge against San Leandro Police Officer Jason Fletcher in the death of Steven Taylor. "The decision to file the criminal complaint was made after an intensive investigation and thorough analysis of the evidence and the current law," O'Malley said in a statement.

Students at California's San Leandro High School planned to be among the thousands of students who walked out of class on Wednesday to honor the 17 people killed at Florida's Marjory Stoneman Douglas High School and to rally for stricter gun laws. Instead, they found themselves facing the surreal possibility of a shooter on their own campus. A threat scrawled on the wall of a bathroom stall triggered a nearly three-hour lockdown. We spent a week in class talking about it. Trying to come up with solutions and feeling bad about other schools who have to go through it," says Jordan Cobbs, a junior at the school.

After California Highway Patrol officers killed an apparently unarmed man and wounded his pregnant girlfriend in Oakland on Saturday night, authorities are now saying its officers fired on the man after he rammed CHP vehicles with a stolen Dodge Challenger Hellcat. According to some witnesses, CHP officers fired dozens of bullets into the body of 23-year-old Eric Salgado and his pregnant girlfriend, Brianna Colombo, Saturday night, in East Oakland. Video from the immediate aftermath of the incident was released Monday to Shane Bauer, an independent journalist, while security footage of the event was given to KTVU, the Bay Area's Fox channel. The videos show a chaotic scene, in which CHP officials are heard shooting dozens of bullets and then demanding that Salgado, likely dead at this point, raise his hands and turn off the engine. The engine continued to run in the Dodge vehicle, which the CHP claims was one of many stolen from a San Leandro car dealership.. 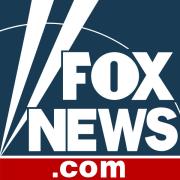 SAN LEANDRO – Fire officials say a woman and child are dead after an Amtrak train collided with an SUV in the San Francisco Bay Area. Television news footage of the crash scene in San Leandro showed the front of the SUV crushed beneath the train. Alameda County fire spokeswoman Aisha Knowles says firefighters responded to the scene around 1:30 p.m. Tuesday for a report of a train crash with people trapped in the vehicle. They confirmed the two deaths when they arrived at the scene. Amtrak spokeswoman Vernae Graham says the crash occurred at a railroad crossing, though she did not know whether the arms were down or not.