On Monday, thousands of people crowded outside the Stonewall bar in New York City to remember the victims of the Orlando mass shooting. In attendance was Tituss Burgess, star of the Unbreakable Kimmy Schmidt and a celebrated Broadway singer. Burgess, who identifies as gay, chose to honor the victims by performing a moving rendition of "Somewhere." Standing at a podium before the sign "We are Orlando," Burgess' words seemed uniquely appropriate for the situation. "We'll find a new way of living.

Forward Sam Burgess has withdrawn from England's squad to face New Zealand to have shoulder and wrist surgery. The 29-year-old, who captained England in last year's World Cup final, is a key part of Wayne Bennett's side. "But it's imperative I get these surgeries done, and with a view to the next three or four years, I need them done now." England face France in a warm-up match in Leigh 10 days before the three-Test series starts on 27 October. South Sydney's Burgess will remain in Australia in preparation for the 2019 National Rugby League season.

A man has admitted killing his neighbour by putting a potato into the gas flue of his house. Daniel Burgess, 38, of Cornwall, pleaded guilty to manslaughter after blocking the inflow and outflow pipes of neighbour Michael Hornder's house on Christmas Day 2015. He also glued a door lock. Mr Hornder, 48, died of carbon monoxide poisoning. Burgess was jailed for two years eight months at Exeter Crown Court on Monday.

Tituss Burgess goes from wacky to weighty in 'Kimmy Schmidt,' with a little mayhem thrown in 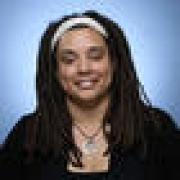 If Ellie Kemper is the sweet soul of "Unbreakable Kimmy Schmidt," then Tituss Burgess is its irrepressible heart as Kimmy's outlandishly over-the-top roommate and pal, Titus Andromedon. We chatted with Tituss, about how it's not only that extra "s" that separates him from his character, cracking up on set, channeling his inner Beyoncé for the new season and the surprisingly emotional effect the Netflix comedy has on its fans. And, you know, Lemonading seems to be the height of how you exorcise your demons if someone's broken your heart. So, what better way than to put on a yellow dress and get a bat, and go and bash some windows? Burgess: But he comes back prematurely and, of course, in true Titus Andromedon fashion, mayhem has followed him back to dry land.