After teasing it for months, Canon has taken the wraps of the 45-megapixel, $3,899 EOS R5, the most impressive-looking mirrorless camera for video we've seen so far. As we already knew, it will shoot 8K 12-bit RAW video aided by a new in-body stabilization system and Canon's class-leading Dual Pixel autofocus. That could make it a better choice for video than even Panasonic's $4,500 Netflix-approved S1H camera. The EOS R5 looks like it'll be just fine for photos, too. The 45-megapixel sensor doesn't compare to the 61-megapixel chip on Sony's A7R IV, but it rivals the Nikon Z7 and Panasonic S1R and is more than enough for landscapes, detailed portraits and the like.

Sony A7S III review: The best mirrorless camera for video, and almost everything else

Sony's A7S series cameras are famous for their low-light performance and video capabilities, but it's been five long years since we've seen a new model. The mirrorless landscape has changed drastically in that time, with numerous video-capable cameras launching from rivals and Sony itself. Now, the 12-megapixel, $3,500 A7S III is here and appears to be worth the wait. It's the first mirrorless camera that can keep up to Sony's professional video camera lineup with features like a flip-out display, in-body stabilization and high-end 4K specs. And it still includes the incredible high-ISO performance that the A7S lineup is known for. However, Canon's recent models looked impressive at first only to have some annoying issues, especially around the area of overheating, when I got to test them in person.

With its S1 series, Panasonic has enjoyed a monopoly on full-frame mirrorless cameras that record high-quality 10-bit 4K video. However, in the last month or two, Canon and Sony released formidable video-centric cameras that can match the S1 for video, while being considerably smaller than the two-pound-plus S1. Now, Panasonic has responded with the full-frame Lumix S5. It takes nearly everything that's good about the Lumix S1 and puts it into a much smaller and lighter body. The S5 retains key S1 video features like 10-bit 4K video, five-axis in-body stabilization and a flip-out display and, to top things off, it has a new and improved autofocus system that's faster than what you'll find on Panasonic's larger full-frame S1 cameras. 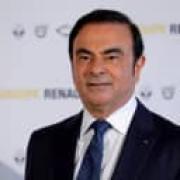 Panasonic Corp. said Thursday that it will release its first luxury mirrorless cameras, equipped with a large image sensor, on March 23. The high-end mirrorless camera market in Japan had been dominated by Sony Corp., which launched such products in 2013 ahead of rivals, until Nikon Corp. and Canon Inc. joined the market last autumn. Panasonic's entry is expected to make the competition fiercer, observers said. The S1R and S1 models from Panasonic's Lumix S luxury mirrorless camera series are priced at around ¥500,000 and ¥340,000, respectively. They can also take 4K ultrahigh-definition videos. 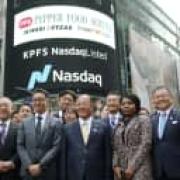