In this paper, we discuss the motivation, approach, and status of a new NSF ITR project in which an adaptive working memory is investigated for robot control and learning. There is much evidence for the existence of such a memory structure in primates. Such memory is closely tied to the learning and execution of tasks, as it contributes to decision-making capabilities by focusing on essential task information and discarding distractions. We will integrate the adaptive working memory structure into a robot to explore the issues of task learning in a physical embodiment. This leads to a complex but realistic system involving perceptual systems, actuators, reasoning, and short-term and long-term memory structures. In the paper, we discuss also planned experiments intended to evaluate the utility of the adaptive working memory. 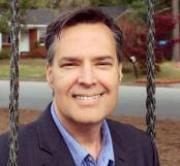 Memory researchers have shone light into a cognitive limbo. A new memory--the name of someone you've just met, for example--is held for seconds in so-called working memory, as your brain's neurons continue to fire. If the person is important to you, the name will over a few days enter your long-term memory, preserved by permanently altered neural connections. But where does it go during the in-between hours, when it has left your standard working memory and is not yet embedded in long-term memory? To figure this out, a research team resurrects memories from this limbo. Their observations point to a new form of working memory, which they dub prioritized long-term memory, that exists without elevated neural activity. Consistent with other recent work, the study suggests that information can somehow be held among the synapses that connect neurons, even after conventional working memory has faded. This new memory state could have a range of practical implications, from helping college students learn more efficiently to assisting people with memory-related neurological conditions such as amnesia, epilepsy, and schizophrenia.

This paper documents a functionality-driven exploration of automatic working-memory management in Soar. We first derive and discuss desiderata that arise from the need to embed a mechanism for managing working memory within a general cognitive architecture that is used to develop real-time agents. We provide details of our mechanism, including the decay model and architecture-independent data structures and algorithms that are computationally efficient. Finally, we present empirical results, which demonstrate both that our mechanism performs with little computational overhead and that it helps maintain the reactivity of a Soar agent contending with long-term, autonomous simulated robotic exploration as it reasons using large amounts of acquired information.

Memes may encourage adolescents to be fat and lazy, UK researchers warn

Academics at a U.K. university have presented a report to Parliament warning that social media memes may contribute to obesity, apathy and lethargy in adolescents. The British Parliament has been warned that social media memes are encouraging obesity, apathy and lethargy in children. Five academics at Loughborough University looked at the negative messages young people were exposed to on a daily basis through images shared on sites such as Instagram and Twitter. They said their report spelled out the "anti-health" themes of hugely popular shared memes*, which they said risked "normalizing potential damaging behavior," according to a Loughborough news release Thursday. Examples included a picture of a fat squirrel with text that reads "me thinking about my next meal after I just ate."