A Common Logic to Seeing Cats and Cosmos Quanta Magazine 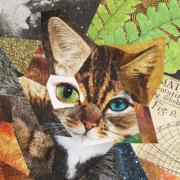 When in 2012 a computer learned to recognize cats in YouTube videos and just last month another correctly captioned a photo of "a group of young people playing a game of Frisbee," artificial intelligence researchers hailed yet more triumphs in "deep learning," the wildly successful set of algorithms loosely modeled on the way brains grow sensitive to features of the real world simply through exposure. Using the latest deep-learning protocols, computer models consisting of networks of artificial neurons are becoming increasingly adept at image, speech and pattern recognition -- core technologies in robotic personal assistants, complex data analysis and self-driving cars. But for all their progress training computers to pick out salient features from other, irrelevant bits of data, researchers have never fully understood why the algorithms or biological learning work. Now, two physicists have shown that one form of deep learning works exactly like one of the most important and ubiquitous mathematical techniques in physics, a procedure for calculating the large-scale behavior of physical systems such as elementary particles, fluids and the cosmos. The new work, completed by Pankaj Mehta of Boston University and David Schwab of Northwestern University, demonstrates that a statistical technique called "renormalization," which allows physicists to accurately describe systems without knowing the exact state of all their component parts, also enables the artificial neural networks to categorize data as, say, "a cat" regardless of its color, size or posture in a given video. 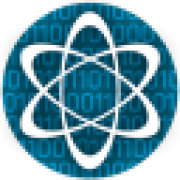 UPDATE: Mar 20, 2016 - Added my new follow-up course on Deep Learning, which covers ways to speed up and improve vanilla backpropagation: momentum and Nesterov momentum, adaptive learning rate algorithms like AdaGrad and RMSProp, utilizing the GPU on AWS EC2, and stochastic batch gradient descent. We look at TensorFlow and Theano starting from the basics - variables, functions, expressions, and simple optimizations - from there, building a neural network seems simple! Deep learning is all the rage these days. What exactly is deep learning? Well, it all boils down to neural networks.

As the ethical and policy issues surrounding artificial intelligence and other computing technologies take center stage, global law firm K&L Gates LLP has made a gift to help ensure Carnegie Mellon University's leadership in this emerging field. The $10 million gift will establish the K&L Gates Endowment for Ethics and Computational Technologies. The funds will support new faculty chairs as well as three new Presidential Fellowships for doctoral students; a biennial conference; the K&L Gates Presidential Scholarship Endowed Fund to recognize undergraduate students' outstanding achievements and potential for further excellence; and an annual K&L Gates Prize to be awarded to a graduating CMU senior. "We are deeply grateful to K&L Gates for this generous support," said Carnegie Mellon President Subra Suresh. "It is not just technology that will determine how this century unfolds.

Tom Davenport: It's common to say that AI handles tasks that were previously only addressable by humans. But I think to exclude more traditional forms of automation, you also have to define it as performing tasks requiring a high level of expertise, insight or perception. Davenport: I found that while many companies are still doing a good bit of work in analytics and big data, they are less interested in hearing or reading about those topics. And to me, AI and cognitive technologies are a straightforward extension of analytics in most cases. Most of the models are statistical in nature, and analytical people are logical candidates to push AI forward in organizations.