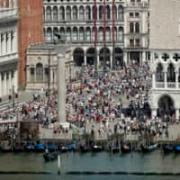 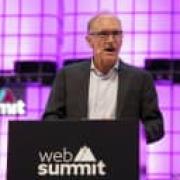 WASHINGTON – The Supreme Court seemed reluctant Monday to agree with companies seeking to overturn a decades-old Virginia ban on mining radioactive uranium. The justices heard arguments in a case brought by the owners of a massive uranium deposit in Virginia's Pittsylvania County, which borders North Carolina. It's the largest known uranium deposit in the United States, and its owners have said it contains enough uranium to power all of the country's nuclear reactors continuously for two years. Virginia says nothing in the federal Atomic Energy Act keeps it from banning uranium mining, which it has done since the 1980s. But the uranium companies argue that the state's purpose in passing the ban was improper.

Lowery shared her experience with the New Mexico Mining Commission at a two-day hearing May 7-8 in Santa Fe. Petitioners Multicultural Alliance for a Safe Environment and Amigos Bravos challenged a permit signed Dec. 29 by the director of the New Mexico Mining and Minerals Division, allowing the Mount Taylor Mine to emerge from standby status. The groups contend that Rio Grande Resources, owner of the mine, has postponed cleanup by obtaining permits allowing it to remain on standby for two decades.

Artificial sponges could pull uranium from seawater for nuclear power

A specialised sponge could harvest uranium from seawater for use as fuel in nuclear power plants, and could also be used to help clean waste from those plants. The easiest way to get uranium is to mine it from ores in Earth's crust. There are about 7.6 million tonnes of uranium that should be relatively simple to mine, which is projected to be enough to cover global needs for about a century. Seawater holds more than 4.5 billion tonnes of uranium, making it potentially an excellent backup source.

In the wake of Uranium One, some lawmakers are now calling for further investigation into Russian influence on U.S. nuclear supply. As questions and investigations about Russian influence in our election process continue, what many Americans may not realize is that adversarial countries, like Russia, stand to have an outsized influence over our power grid. Uranium, which is on an Interior Department target list of critical minerals, fuels nuclear power plants, which generate 20 percent of electricity in the United States. It also helps power U.S. Navy assets. One pound of uranium is equivalent to 20,000 pounds of coal.