The secrecy of Apple's effort contrasts starkly with Amazon's approach. While Amazon's effort to find a second headquarters city has proceeded with the fanfare of an Olympics host-city search, Apple is hunting for its newest U.S. location with the stealthy deliberateness it employs in developing a new iPhone. Since it announced plans in January for the new campus to house technical support staff, Apple has said little about the effort. Mr. Cook has limited his public comments, saying during a March television interview only that Apple wouldn't be discussing its search because it doesn't believe in the "beauty contest" approach. An Amazon-like competition creates "a case where you have one winner and a bunch of losers," he said, while Apple's process is designed to avoid "putting people through a ton of work to select one" city.

How Amazon, Apple, and Google Played the Tax-Break Game

It took about 30 minutes for Williamson County commissioners to unanimously approve a roughly $16 million incentive package for Apple Tuesday morning, bringing the total amount the tech giant is likely to receive in exchange for choosing Austin as the site for its newest campus to a cool $41 million. The new addition is set to be Apple's second campus in the Austin, Texas, area--located less than a mile from the company's existing facility, established five years ago. It comes with the promise of a $1 billion dollar investment from Apple in the area and the addition of up to 15,000 new jobs. But the details of the incentive package Williamson County whipped up to woo Apple tell a slightly different story. In the contract approved by county officials, Apple committed to spending at least $400 million on the new campus and creating 4,000 jobs over 12 years.

Why Apple Chose Austin, Seattle and Culver City for Its New Jobs Push

The mix of software and services and higher prices are key to Apple's effort to offset slowing iPhone unit sales. Though the company reported record annual revenue on Nov. 1 due to higher iPhone prices, it also said it would stop reporting the number of iPhones sold--a metric that has been stagnant lately--a decision that many analysts interpreted as signaling the iPhone's growth years are in the past. Apple's stock price has declined by nearly a quarter since then. While the push beyond its Silicon Valley home could aid those efforts, it also will test a highly centralized company that has thrived due to a concentrated workforce located near its Cupertino, Calif., headquarters, analysts said. "This idea of'Designed in Cupertino' has really been the ethos of Apple, and now you're going to have AI and services designed outside Cupertino," said Gene Munster, managing partner at investment and research firm Loup Ventures. 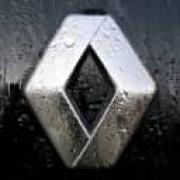 AUSTIN, TEXAS – Apple plans to build a $1 billion campus in Austin, Texas, that will create at least 5,000 jobs ranging from engineers to call-center agents while adding more luster to a city that has already become a bustling tech hub. The decision, announced Thursday, comes 11 months after Apple CEO Tim Cook disclosed plans to open a major office outside California on the heels of a massive tax break passed by Congress last year. The tax cut on overseas profits prompted the company to bring about $250 billion back to the U.S., freeing up more money for investments in the country, in addition to higher dividends for Apple shareholders. The company said it will also hire thousands more engineers in several other emerging high-tech hotbeds. Apple plans to open three new offices that will each employ at least 1,000 workers, in Seattle, San Diego and Culver City, California. 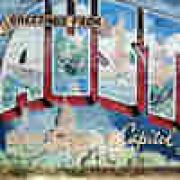