The Joy of Paul (Bear) Vasquez, the Double-Rainbow Guy

When I needed it most, about a month ago, I remembered a YouTube video, in which a pair of rainbows arc over Northern California's Yosemite Valley. In the description below the video, Paul L. Vasquez, who was known to his friends as Bear, wrote, "It was rainbowing for at least an hour on January 8th 2010. The camera could not capture the vivid intensity and brightness." A sober note was composed in tranquillity, as such things are. I pressed Play for the twenty-eighth or so time.

The viral video that surfaced Tuesday of a Venezuelan-born minor-league baseball player repeatedly striking his then-girlfriend in August 2016 has drawn widespread condemnation on social media and immediately prompted the player's team to release him. After an open records request, police in Corpus Christi, Texas, released the surveillance video to local NBC affiliate KRIS 6 News. Minor-league outfielder Danry Vasquez is seen hitting and pulling the hair of Fabiana Perez in a stadium stairwell -- footage that generated hundreds of thousands of views on video platforms. Both Vasquez and Perez spoke with media after the video was made public. Vasquez, 24, was interviewed Thursday by KRIS 6 News about the incident which took place when he played for the Corpus Christi Hooks, a minor-league affiliate of the Houston Astros.

A recently released video that shows professional baseball player Danry Vasquez's involvement in a domestic violence incident at the stairwell of a stadium in 2016 has led to the termination of the player from his Pennsylvania team, reports said Wednesday. The Lancaster Barnstormers in Pennsylvania announced Wednesday that they have severed ties with Vasquez following the release of the video. "The Lancaster Barnstormers have released outfielder Danry Vasquez, it has been announced by manager Ross Peeples. "A recently released video out of Corpus Christi, Texas portrays a domestic violence episode involving Vasquez. Upon being made aware of the nature of the incident, the Barnstormers made a prompt decision to cut ties with the 24-year old outfielder. 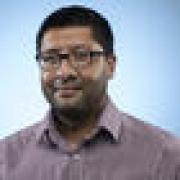 A 20-year-old man who shot at Los Angeles County sheriff's deputies while recording the standoff live on Facebook was criminally charged Tuesday, according to prosecutors. Sean Vasquez was charged with five counts of attempted murder and seven counts of assault with a firearm upon a peace officer, according to a statement by the Los Angeles County district attorney's office. Vasquez was arrested April 9 after a three-hour standoff with Los Angeles County sheriff's deputies. According to authorities, deputies responded to a call of a man firing at passing cars about 9:50 a.m. in the 16700 block of East Cypress Street. Prosecutors alleged that Vasquez shot at the deputies, including two who were in a sheriff's helicopter.

A man accused of shooting at Los Angeles County sheriff's deputies in a Covina neighborhood recorded the standoff live on Facebook on Sunday. Sean Vasquez, 20, was arrested on suspicion of assault on a peace officer with a deadly weapon about 1:15 p.m. after deputies were fired at and Vasquez barricaded himself in a home for several hours, the Sheriff's Department said in a written statement. Authorities said deputies responded to a call of a man firing at passing cars about 9:50 a.m. in the 16700 block of East Cypress Street. When deputies arrived, they were fired at and a patrol cruiser was struck, according to the Sheriff's Department. The deputies were not injured.