Alexander Gerst will test the technology demonstrator aboard the ISS Watson AI (IBM's artificial intelligence technology) is designed to support space flight crews Friedrichshafen / Bremen, 26/02/2018 – Airbus, in cooperation with IBM, is developing CIMON (Crew Interactive MObile CompanioN), an AI-based assistant for astronauts for the DLR Space Administration. The technology demonstrator, which is the size of a medicine ball and weighs around 5 kg, will be tested on the ISS by Alexander Gerst during the European Space Agency's Horizons mission between June and October 2018. "In short, CIMON will be the first AI-based mission and flight assistance system," said Manfred Jaumann, Head of Microgravity Payloads from Airbus. "We are the first company in Europe to carry a free flyer, a kind of flying brain, to the ISS and to develop artificial intelligence for the crew on board the space station." Pioneering work was also being done in the area of manufacturing, Jaumann continued, with the entire structure of CIMON, which is made up of plastic and metal, created using 3D printing.

Don't call him HAL... NASA reveals AI 'crew member' to blast off to the Space Station

Astronauts aboard the International Space Station are about to get an AI personal assistant. Known as CIMON (Crew Interactive MObile CompanioN) the bot, developed by Airbus, will use IBM's Watson AI technology to help astronauts. Researchers hope that with its face, voice and artificial intelligence, it will become a genuine'colleague' on board, helping astronauts with their daily routines, and warning of any impending problems - much like the HAL robot in Stanley Kubrick's 2001 was designed to do. Known as CIMON (Crew Interactive MObile CompanioN) the bot will use IBM's Watson technology to help astronauts. CIMON is designed to support astronauts in performing routine work, for example by displaying procedures or – thanks to its'neural' AI network and its ability to learn – offering solutions to problems. 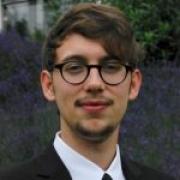 A dedicated team is extending IBM's cloud-based technology to outer space, and bringing us one step closer to a science fiction future where intelligent talking helper robots collaborate with astronauts. At the end of June, a SpaceX rocket carried an autonomous AI device to the six astronauts onboard the International Space Station. The historic launch carried 5,900 pounds of cargo which reportedly included a delivery of ice cream -- plus some fresh blueberries and some "super-caffeinated coffee." And 11 pounds of that was a talking robot, roughly one foot in diameter. All of its plastic and metal was generated by 3D printers.

In June, German astronaut Alexander Gerst will embark on his second six-month mission to the International Space Station (ISS), serving as station commander in the second half of his stay. On this mission, Gerst and his team will receive some unusual support: CIMON (Crew Interactive Mobile Companion) will be on board – a medicine ball-sized device, weighing about 11-pounds. CIMON is currently being developed by Airbus on behalf of the German Aerospace Center (DLR) as an intelligent, mobile and interactive astronaut assistance system. This new technology will be tested on the ISS as part of the Horizons mission of the European Space Agency. CIMON, using IBM's Watson technology, will help astronaut Gerst to perform three tasks: Together they will experiment with crystals, solve the Rubik magic cube based on videos and conduct a complex medical experiment using CIMON as an'intelligent' flying camera.

The rise of technology has given way to reliance on virtual assistants, such as Alexa and Siri, for tasks like playing music, setting alarm clocks, and scheduling appointments. Currently, the Airbus company is engineering a similar mission assistant to help astronauts finish everyday tasks on the International Space Station.