The robot takeover may be nearer than we think. Secretive robotics firm Boston Dynamics posted a new video on Monday showing off its SpotMini robo-canine, where he can be seen opening a door all on his own. In the 45-second video, titled'Hey Buddy, Can You Give Me a Hand?' a SpotMini walks over to a door before realizing it can't get through. Another SpotMini quickly comes to his rescue and extends his (somewhat terrifying) clawed arm, which he uses to grab the door handle. The SpotMini is seen holding open the door as his fellow robo-dog friend then casually walks through the door. 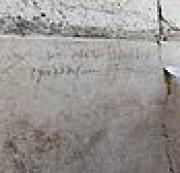 Don't believe him, just watch. Spot the robo-dog has another trick up his sleeve in a new video where he can be seen twerking to Bruno Mars' dance-worthy hit'Uptown Funk.' Boston Dynamics, the secretive firm behind the four-legged droid, released the video on Tuesday. If you thought humans were safe from the impending robot takeover on the dance floor, you might want to think again. In the minute-long clip, Spot can be seen stepping and moving almost perfectly in time with the music. And in a testament to Spot's precise motor control, the robot performs his own version of the popular Running Man dance.

Boston Dynamics, the firm that introduced the world to human-like robots going for a job and Black Mirror-style demon dogs, has revealed its latest creation. The machine is called Handle and striking footage shows the automaton balancing on two wheels while lifting boxes and loading a pallet. It whizzes around a large warehouse with impressive agility and uses an overhead sucker to lift and move its loads. Handle was first introduced in 2017 but this version has undergone significant changes. The robot is larger and carries less weight - a maximum load of 30 pounds (13.5kg) - compared to its predecessor which could carry boxes weighing up to 100 pounds (45kg).

Amazon CEO Jeff Bezos has taken a robotic dog for a walk at a secretive conference in California. The 54-year-old has been pictured strutting alongside Boston Dynamics' four-legged SpotMini robot, which has previously been compared to killer canine bots featured in the Netflix series Black Mirror. Bezos, who is worth a reported £92 billion ($130 billion), posted the photo to his Twitter account on Monday with the caption: 'Taking my new dog for a walk.' He is currently attending Amazon's'Mars' conference in Palm Springs - an invite-only gathering of robotics companies and academics that focuses on machine learning, automation, robotics and space exploration. Amazon CEO Jeff Bezos has taken a creepy robotic dog for a walk around a secretive conference in California.