Police responded to Crawford Lane in Mobile, Ala., after an officer was shot. (FOX 10)

Officer Justin Billa was responding to a murder investigation. 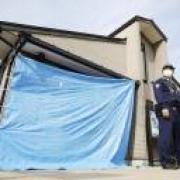 NEW DELHI – India is heavily promoting Buddhist tourism in a bid to attract more tourists from countries with sizable Buddhist populations, including Japan, as part of a strategy to boost foreign tourist arrivals. India is not only organizing an international Buddhist conclave every other year, but is also aggressively developing what it calls the Buddhist Circuit, which connects key places associated with the religion's heritage, government officials say. "We are receiving a minuscule number of Buddhist tourists. . . . "The idea is, even if we are able to remove one zero and make it 0.05 percent, that'll still bring in billions of dollars into our tourism economy." According to tourism ministry officials, India has sanctioned five projects worth 3.61 billion rupees (about $5.5 million) and has also worked with International Finance Corp. of the World Bank group and other agencies to ramp up infrastructure around the Buddhist Circuit.

Officers killed in the line of duty in 2018

Officer Justin Billa was responding to a murder investigation.

Police officer Justin Leo was fatally shot responding to a domestic dispute during the weekend.